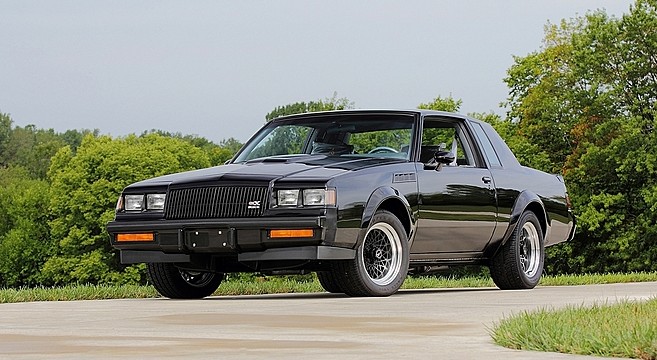 Friday, Saturday, and Sunday – but especially Saturday – are the big days at Barrett-Jackson in Scottsdale, Arizona. The past few years have seen this event be strictly a No Reserve auction with every car that crosses the block selling, but this year there were some heavy-hitters in the auction’s new “5000 Series” of classics that did in fact have a reserve. And not all of them were met – like the 1955 Flajole Forerunner we featured a few weeks ago: it was a no-sale.

One car we didn’t feature was this 1947 Bentley Mark VI by Franay:

It came from the collection of collector Ron Pratte and sold for $2,750,000, which was just barely more than I was going to offer to pay for it. The other mega-sales included the 1933 Pierce-Arrow Silver Arrow. The live television broadcast of the auction showed an overhead shot of the Silver Arrow and the lines of that car are actually perfect. It is breathtaking. It sold for $2,200,000. And the top sale of the entire auction was the 1948 Tucker Torpedo (also from Ron Pratte’s collection) which was hammered away for an astounding $2,915,000 – about three times my estimate of $1 million.

The only other million dollar sale was this all-original 1954 Mercedes-Benz 300SL Gullwing:

$2,200,000 brought this car home. It only had 4,149 original miles on it and was one of 146 Gullwings built that year. Other highlights from Saturday included a 2009 Devon GTX – one of just two produced. It’s a Dodge Viper-based supercar that went out of production as quickly as it entered it because the Viper was axed just after the GTX was announced.

Another car that has started to interest me a little more is this Chevrolet Corvette 2003 Commemorative Edition built by Advanced Automotive Technologies. It’s a standard 2002 Corvette with a custom built body. Coachbuilding isn’t quite as vogue as it used to be but I think over time these cars won’t depreciate wildly like some other “customs.” It sold for $66,000. Another one sold on Friday for $88,000.

And of course ultra-rare muscle cars are the order of the day at Barrett-Jackson. Among Saturdays highlights was this barn-find (yet mechanically “refreshed”) 1965 Shelby GT350. I hope whoever bought it doesn’t restore it – although they paid a pretty penny for it at $385,000.

Another rare Ford was this 1969 Ford Talladega Prototype. This car was built by Ford for Ford. It’s the only red Ram Air Talladega built. Regular Talladegas aren’t something you see everyday, much less a factory prototype. $137,500 sale price. Oh, and do everyone a favor. If you’re going to sell your car at auction and you‘re responsible for the photography: get a quality camera.

Friday also had its share of highlights including the Nash Bridges Cuda we featured. Last time it sold it was right at about $150,000. This time it sold for $88,000. Other interesting Friday cars included this 1970 Pontiac GTO Judge Ram Air III Convertible ($158,400).

And right after that crossed the block, this 1968 Plymouth Barracuda Super Stock rolled across. It’s an actual “Mr. Five & Fifty” drag car built by Hurst for Chrysler. It also sold for $242,000.

Something from the quirky side was this 1929 Ford Model A Snow Bird built by B.P. Arps Company of Wisconsin. This was something that was done back in 1929 and there are multiple of them out there. It could have been yours for $66,000.

The only thing truly odd to cross the block on Sunday was this 1971 Kelsen Sports Rider Electric. It was a street-legal microcar built in from 1963-1973 in California. There were a number of companies who built similar vehicles and I’m not sure I’d drive any of them on the street. A golf course, maybe. When new in 1971 it cost $1,295. It sold on Sunday for $1,540. It’s not really appreciation if you’ve had to sit on it for 40 years to make $250. I used to have a ’92 Century – maybe I should have held on to it and used it to start a retirement fund.

There were also hundreds of other interesting cars. Check out full results at Barrett-Jackson’s website.