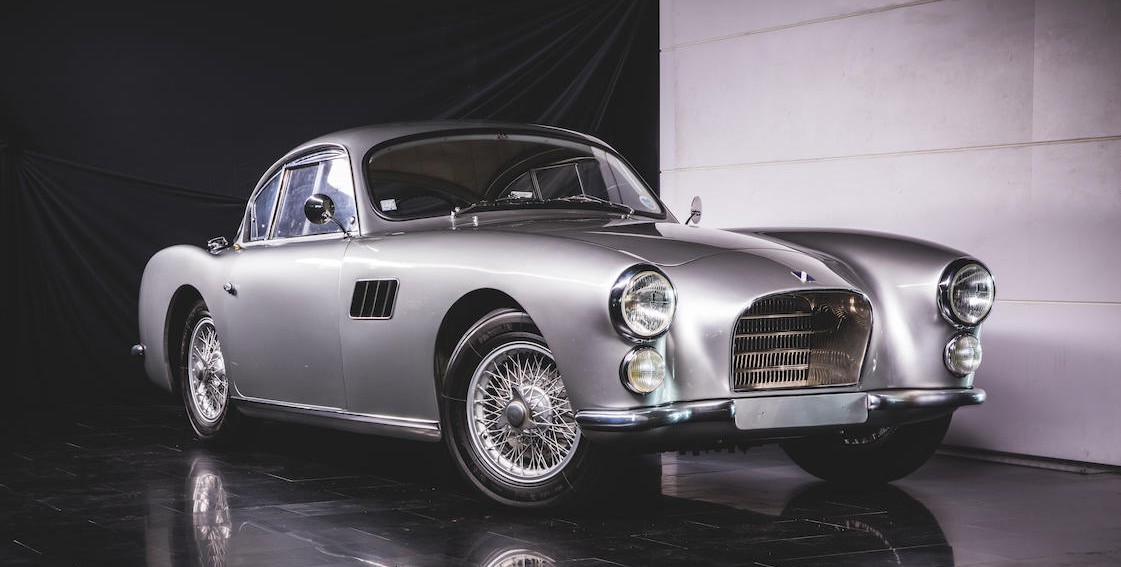 The Bugatti Type 57 was introduced in 1934 after having been designed by Jean Bugatti, founder Ettore’s son. It featured a 3.3-liter straight-eight. When the Type 57C came along in 1937, a Roots-type supercharger was added, bumping horsepower to 160. This particular 57C underwent continuous factory fiddling for an extra 20 years and is likely a little more powerful.

The special body was designed by Jean Bugatti himself. I can’t help but think how cool it would look if those rear wheels matched the green paint on the body instead of being black. When this car was finished, it was retained by the factory and given to Ettore Bugatti himself as a gift. It was then used as a demonstrator and loaned to the factory racing drivers.

It is one of ten Bugattis ever retained by the factory for such use and the fact it belonged to Ettore and had Jean’s custom bodywork means it is one of a kind. Many Bugattis have exceptional history… but this one was owned by the big boss man himself. It was hidden during the war and returned to the factory afterward. It wasn’t sold until the factory closed down. It passed between three owners before being acquired by John O’Quinn. The car has never been restored and is described as being as close as you can get to driving a 57C off the Bugatti factory floor. It should sell for between $1,000,000-$1,300,000. Click here for more info and here for more from Bonhams in Paris.

Simply the most beautiful L-29 I have ever seen – LaGrande Speedster included. The body was designed by Count Alexis de Sakhnoffsky and built by the Hayes Body Corporation of Grand Rapids, Michigan. I’ve been sitting here staring at the car for some time and I think it all comes down to the windows. They have an almost teardrop shape to them.

Revolutionary in design, the Cord L-29 made front-wheel drive a viable option for stylish, low-slung cars. They were the first to offer such a configuration and they did it with style. Unfortunately, performance couldn’t quite match the looks that went with it. The L-29 had a  4.9 liter inline eight-cylinder engine making only 125 horsepower – which, compared to most common automobiles of the time this was a lot (the Ford Model T had gone out of production two years earlier with a 20 horsepower engine). But for cars in its price range, it was lacking – especially since it weighed almost 2.5 tons and was only capable of a little more than 75 mph.

But that’s no matter, because in 2012 you aren’t buying a Cord L-29 to set land speed records. You’re buying them for their indelible sense of style and what they represent – the flair of the last days of a bygone era. The Roaring Twenties were crashing to a halt and E.L. Cord was introducing new lines of fabulous automobiles that only a select few could afford. It was a losing proposition but he hung in there as long as he could and this is the fantastic result of his passion.

This car cost about $20,000 to build in 1929. Upon completion, it toured Europe and won awards. In 1941 it was acquired by famed designer Brooks Stevens (for the outrageous sum of $1). It was restored under Stevens cars in the 1980s and was sold in the early 1990s and passed hands once again about four years ago. There is only one of these and it has known ownership history from new. Don’t miss your chance.

Cord L-29s are always pretty, but this one takes it to another level. RM did not publish an estimate for this car, so look for it to bring a sizable chunk of change. For the complete catalog description click here and to see more of what RM has waiting to be sold at Amelia Island, click here.