This is the third Jaguar XK120 we’ve featured, and all three have been coachbuilt cars with bodies that would not have come from the Jaguar factory. The XK120 launched in 1948 at the London Motor Show. Roadsters came first, and coupes and drophead coupes followed thereafter.

This coupe is the only XK120 bodied by Pinin Farina. It was at shows in 1955, which would’ve been after the XK140 entered production. It is an SE, or Special Equipment, model, meaning that the 3.4-liter inline-six was modified with higher-lift camshafts and a dual-exit exhaust for a horsepower bump to 180. 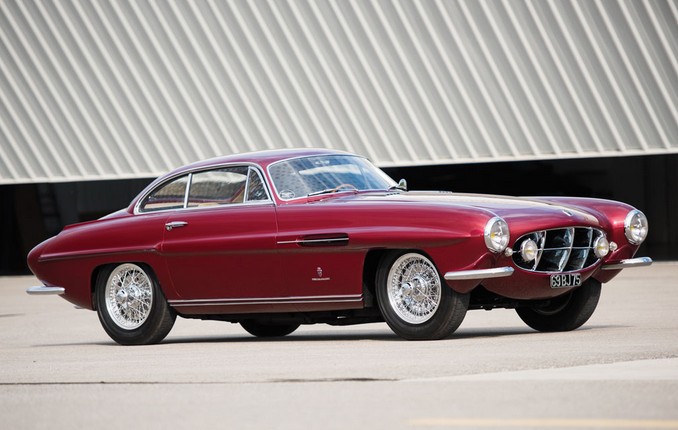