Many people think that peak American cars of the 1950s culminated in the outlandish 1959 Cadillac Eldorado Biarritz. Not so. It peaked more mid-decade, with cars like the Continental Mark II and this, the Eldorado Brougham. These were in a class of their own. The ultra-luxury class.

The Brougham was based on Cadillac’s Orleans and Park Avenue concept cars and featured a pillarless four-door hardtop body with suicide rear doors. The roof was finished in brushed stainless steel, and the car featured a self-leveling suspension, power seats with memory, cruise control, an automatic trunk opener, automatic high-beam headlights, and air conditioning. So basically, it was loaded with all of the stuff (and more) than that of your average 2020 mid-size sedan.

Over-the-top features included drink tumblers, a leather-trimmed cigarette case, a vanity, and a bunch of other stuff Cadillac threw in so everyone could know how high-maintenance you were. Power is from a 6.0-liter V8 that makes 325 horsepower courtesy of dual Rochester carburetors.

So what does all of this run in 1957? Well, how about $13,074 – nearly three times the price of a base Series 62 hardtop sedan from the same year. It also bested the Continental Mark II, which up to that point was the most expensive American car. This car cost more new than a Rolls-Royce. The Brougham was actually the Series 70, to set it apart, and only 400 were built this year. The 1958 model was even rarer. This one should sell for between $80,000-$120,000. Click here for more info and here for more from this sale.

I always forget how rare these are. 1953 was the first year for Cadillac’s new halo car, the Eldorado. It was actually the top-of-the-line model of the Series 62 range and was intended as a limited-production specialty car. Only 532 examples were produced.

The model was redesigned for 1954 and production really started to ramp up, leaving these launch cars as rare, special things. This one is about perfect in Azure Blue with a matching interior. I’d say “it can now be yours,” but I want it. So go away. Click here for more info and here for more from this sale. 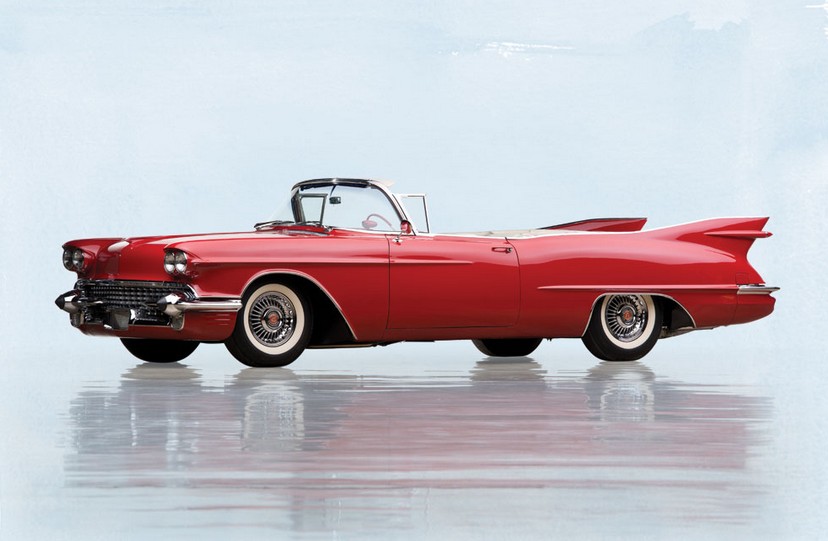 RM’s big sale in Arizona (almost two weeks ago… we’ve kind of had a backlog of auction results to publish and they were the last to publish their results online). As I’m looking back at it, we featured a number of cars from this auction including their top seller: this 1957 Ferrari 410 Superamerica that sold for $1,815,000. The second highest-selling car was the first car we featured, the most fantastic looking BMW 507 Roadster I’ve ever laid eyes on. It sold for $990,000. RM sold 90% of their cars for a total of $25.6 million.

A giant 1956 Cadillac Eldorado Brougham Town Car Concept sold for $258,500, missing its reserve by $50,000. This car came from the John O’Quinn collection and had gone unsold at at least one other RM event.

There was a Duesenberg Model J sold at this sale and I’ve said previously that we’d feature every Model J Duesenberg that comes up for sale if at all possible. Well, we ran out of time before the sale. Once we clear the backlog and get caught up we’ll be sure to have a rundown of that car.