This is the ultimate iteration of the Cord 810/812. Introduced in 1936, the front-wheel-drive 810 was styled by Gordon Buehrig and featured an independent front suspension and a design like nothing else in the world at the time. The car was renamed the 812 for 1937, which was more-or-less an attempt to spruce up the fact that they had a lot of leftover 810s from the year before. Supercharging also became an option in 1937.

The supercharger bumped power from the 4.7-liter Lycoming V8 to 170 horsepower. Two different wheelbases were used in ’37, and four body styles were offered on the shorter of the two, including the $2,585 Sportsman two-door cabriolet. The supercharger bumped the price by another $2,000, which is insane. Imagine adding 77% of the car’s price back on as options. Oh wait, you can probably do that on a Porsche.

Reliability issues early in production really put a wet blanket over the initial enthusiasm for the model, which was originally envisioned as a “baby Duesenberg.” About 3,000 examples were built in total, only 64 of which were reportedly SC Sportsmans. This one is now going to sell at no reserve. Click here for more info and here for more from this sale. 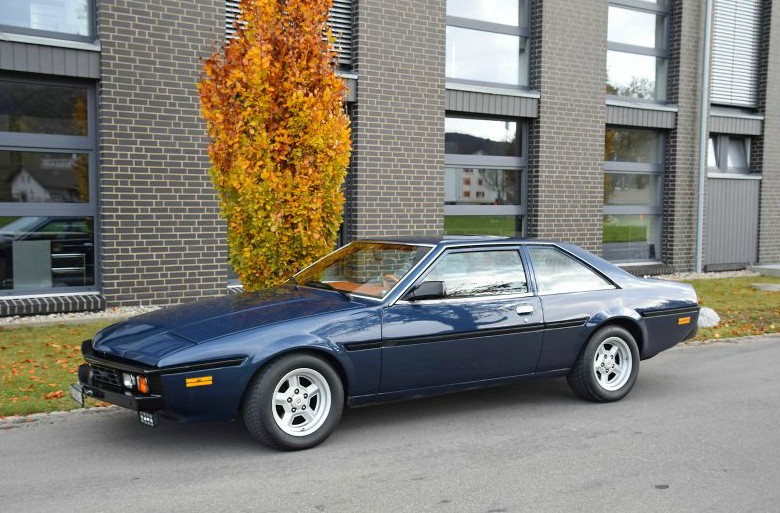 Erich Bitter – and his Schwelm, Germany, based Erich Bitter Automobil GmbH – started building cars in 1973 when Opel decided against putting a prototype coupe into production. Bitter got the rights, outsourced production, and boom, Bitter is a legitimate manufacturer or sports cars.

The company’s followup model was the 1979-1985 SC. It was available in Coupe, Convertible, or Sedan form (you could even buy the sedan in the U.S.). The Coupe was the most popular variant, with 461 of them built and this example being among the last completed. Of course, Bitter was still outsourcing the construction of their cars, and the SC was assembled by Steyr-Daimler-Puch in Graz, Austria.

Two engines were available, with this car carrying the smaller 3.0-liter straight-six making 177 horsepower. With styling reminiscent of the Ferrari 365 GT4 and 400 series, it is rather unique, even if it might not boast the most power for a sports coupe. This one is listed as being in very good condition and it should bring between $26,000-$28,000. Click here for more info and here for more from this sale.

Here it is. One of the greatest cars of all time. By 1965, there had already been two versions of the Cobra. First, the 260, and then the 289. But the Cobra’s competitors were getting faster and faster and the 289 didn’t have any more power to give. So Carroll Shelby went to ford to get an aluminium 390 V8 and Ford said no and gave him this old iron-block 427 V8 instead.

The thing was monstrous and heavy and the Shelby team had to redesign the chassis to handle it. This is why 427 Cobras have those wide hips compared to earlier cars. So the Mk III Cobra, the 7.0-liter 427 V-8 powered monster, was built between 1965 and 1967.

What makes this even more special is that Shelby was a racer at heart and he wanted to see these things taking checkered flags all over the world. As the FIA was screwing around with their rules and classifications for different cars, Shelby was just trying to keep up. He ordered 100 competition Cobras from AC. 53 were completed before the FIA changed things again and Shelby put a hold on the order. But the new rules pitted the Cobra and GT40, siblings, against each other. Carroll bowed the Cobra out to run the GT40 program and left these roadsters to privateers, selling 16 of his 53 competition Cobras to private teams.

But he had some leftovers. Instead of racing them, they painted them (and this blue with two white stripes is the absolute best Cobra paint scheme there is) and sold them to the public as “Semi-Competition” (or S/C) road cars. They were the fastest street cars ever produced at the time of their introduction (and for quite a few years afterward).

The engine puts out 485 horsepower in S/C form. Top speed is said to be about 185 mph, which is insane for 1967. This particular car has known ownership history from new and 18,000 original miles. It has light SCCA competition history and is one of 29 authentic factory 427 S/C Cobras built. It’s incredible. You can read more here and see more from RM in Amelia Island here.