When you think of British cars, you will automatically think of sports cars, Rolls-Royce, along with the typically British Land Rover and Mini! Britain has been an established car manufacturer since the late 1800s. With exquisite iconic brands such as Aston Martin, McLaren, Lotus, TVR, Bentley and Jaguar exporting the epitome of British-ness to over 170 countries.

It was in 1860, when Thomas Rickett, made the first British steam-powered car… The rest is history. It was then car manufacturer Rootes, who fast tracked Britain in to becoming Europe’s largest motor distributing company by 1926.

Car business was booming as people wanted to find new ways of achieving that adrenaline rush. In 1909, Louis Coatalen was appointed as chief engineer at Sunbeam and began designing cars capable of achieving high-speed records at Brooklands racetrack in Surrey.

The car industry truly flourished around the time of the war. There was a rush for new technology, safer and quicker transport, and this only fed our need for speed. British sports cars are iconic, and popularity increased significantly during the 1950s. The war was finally over, and many people had disposable income to play with. Motor racing was also thriving, and more people wanted to feel that rush.

In 1973, Caterham Cars in Surrey opened its doors, developing specialist lightweight sports cars.  It was Colin Chapman that launched the Lotus Seven, which has since been evolved in to the Caterham Seven, still in production today.

Surrey itself is rich in car manufacturing history, with Invicta gaining sporting success when it won awards for reliability in 1926 driving 5,000 miles. Recently, the name was revived for the Invicta S1 sports car produced between 2008 and 2012. The company Auto Carriers Ltd, also known as “AC”, also moved to moved to Surrey in 1911. Their first four-wheeled car was produced in 1913; it was another little sporty number that Britain could be proud of. Be sure to find a car dealer in surrey, which can help find you that perfect car. Be proud to be British.

This post is the first of a number of weekend guest posts that are currently in the works. It comes to us courtesy of Amanda Walters, a journalist, blogger, poet and an artist. She have written for various websites including Huffington Post, DailyWaffle and had her concrete poetry work exhibited at university events in the UK. She love to network, attend events across the UK, and loves to learn in order to expand my horizons and gain inspiration from those around her. Follow her on twitter. Jack Turner opened his sports car business in 1951 and quickly started production on small British sports cars such as this 1961 Mk II. The company produced sports cars similar to MGs (the first car was a re-worked MG) and the like. Six different models were available until the company closed (voluntarily) in 1966. They could be purchased as full, complete running cars – or in kit form.

This is a Mk II, of which about 150 were produced (a fire burned the factory records) from 1960 until 1963. Front suspension was based on a Triumph Herald and engines options came from Ford, Austin and Coventry Climax. This particular car as a 1275cc A-Series straight-four from BMC – the stalwart of tiny British four-cylinders.

Turners are rare cars – only 317 are known to exist, their locations split almost evenly between the U.S. and the U.K. with the U.S. having a handful more more. They are quite attractive (especially with those awesome Minator or Minator-esque wheels) and when was the last time you saw one? The pre-sale estimate is $22,500-$29,000. For the complete catalog description, click here. And for the rest of Silverstone Auctions’ Spring Sale lineup, click here. TVR never sent many cars to the U.S. and they haven’t sent any (officially) for decades. Which is a shame because they were one of the last true volume builders of outrageous supercars.

The 3000S wasn’t quite a supercar. But back in the 1970s TVR was building British sports cars with solid performance. I don’t normally associate TVR with the likes of Triumph, MG and the like, mostly, I guess, because TVR was privately owned and managed to avoid the meltdown of the British automotive industry in the 1970s. Plus, they are rarer and command comparatively more cash.

This is actually a good looking car – just don’t dare mention the fact that it (or other British cars of similar vintage) could resemble a Datsun (trust me, I learned that the hard way). It has a 3.0 liter V-6 making 142 horsepower.

The 3000S was only in production in 1978 and 1979. Only 258 were built and of those, only  67 were left-hand drive models and only 49 of those were exported to North America. So, in a way, this car is one of 49. This car is the perfect car to buy if you want to show up at a British car show in something other than an MGB. It will definitely turn heads among those in the know. It is estimated between $40,000-$50,000. For more info click here and more on the sale here. 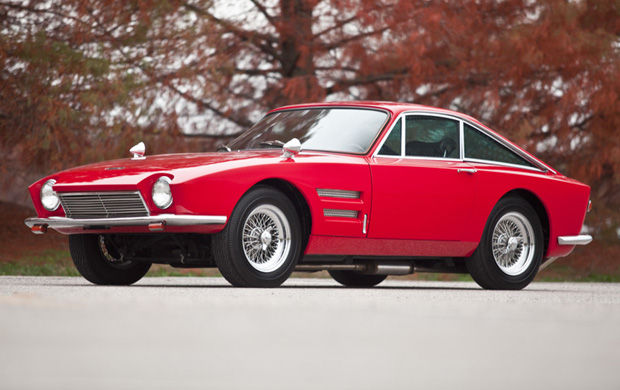 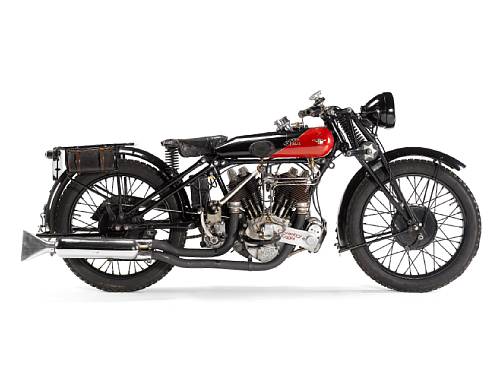 The sleek, simplistic style of this 1954 Allard K3 calls back to Sydney Allard’s early trials cars that were built with little more than speed in mind. By 1954, however, style, comfort – as well as speed – were all combined to create this wonderful little American-British car. The cars were built in Clapham, London using a Cadillac V-8 making 325 horsepower. This car has a complete ownership history from new.