Devin Enterprises of Southern California was one of America’s leading kit car companies of the 1950s. Various models were offered, including a couple of turn-key ones. In late 1961, they introduced the C, which used a Corvair-sourced engine.

In this car, which was a turn-key factory-built example, power comes from a Corvair flat-six, the size of which isn’t even mentioned in RM’s auction write-up. Apparently, back in the day, this car was used by the Granatelli brothers for supercharger testing at Bonneville. Pretty awesome. It also appeared at drag strips, setting a quarter-mile time of 12.44 seconds at 109 mph in period.

The current non-supercharged engine was installed during a 2010s restoration. RM estimates that about 21 Cs were built, with about 19 remaining. This one carries a pre-sale estimate of $70,000-$90,000. Click here for more info and here for more from this sale.

Cars with flat-six engines mounted out back are supposed to be very sporty, almost race cars. Or so I hear. So why was the Corvair labeled a danger, and why did Chevy never make sit sportier than the base model ever was?

Enter Don Yenko, who would become even more famous for modifying Camaros in the late 1960s. He started by hotting-up Corvairs into “Stinger” form. He wanted to make the Corvair SCCA eligible, but it didn’t really fall into a pre-existing category. So he modified an example to fit. But the SCCA required 100 production examples before that version would be race-eligible. So 100 1966 Yenko Stingers would end up being built. This is #50.

The changes from the base car varied from example to example. This car has a “Stage II” flat-six rated at 190 horsepower. It also has four carburetors, a limited-slip differential, a front spoiler, and a four-speed manual transmission. It’s a cool car and among the coolest of Corvairs. Read more about this one here and see more from Mecum here. 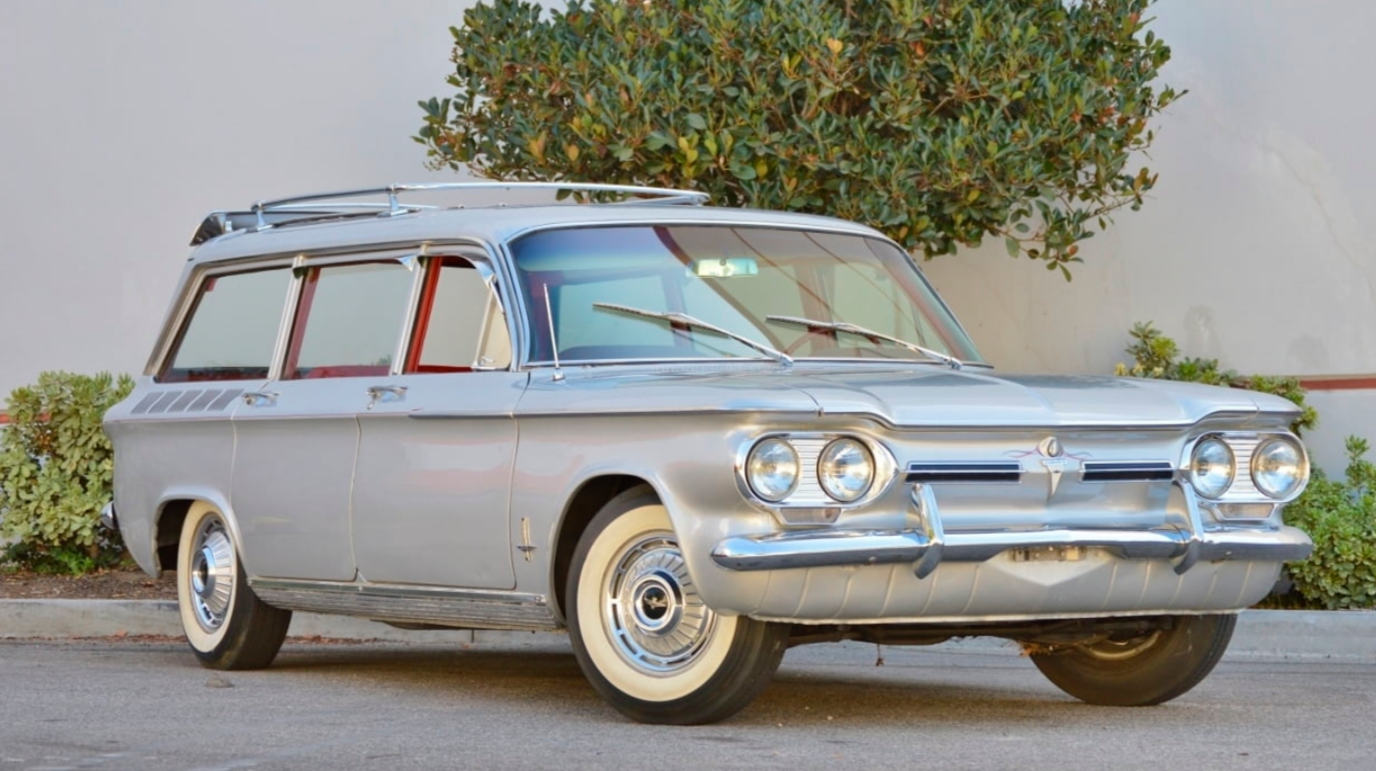 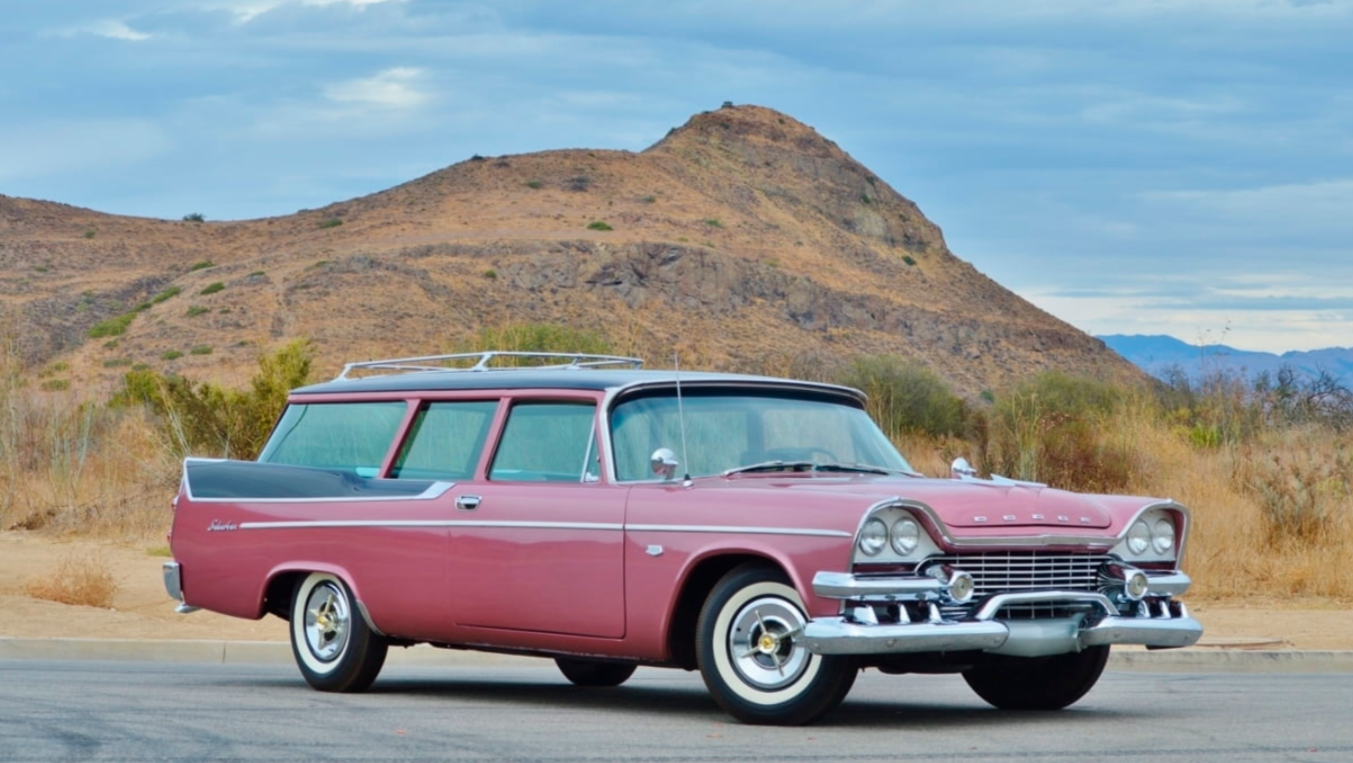 Dodge’s 1958 line included, in order of increasing luxury: the Coronet, the Royal,  and the Custom Royal. Their station wagon line was separate and the base wagon was the two-door Suburban – the only two-door wagon they offered in 1958.

It’s powered by a 5.7-liter Ram Fire V-8 good for 295 horsepower. Dodge built about 20,000 wagons in total for 1958, split between this and four other models. This one has been restored and, even though it’s a two-door car, it seats a clown car-like nine passengers. The pink and black color scheme is great. It would be impossible to buy this and not load up your family and trek them to the Grand Canyon. Click here for more info. 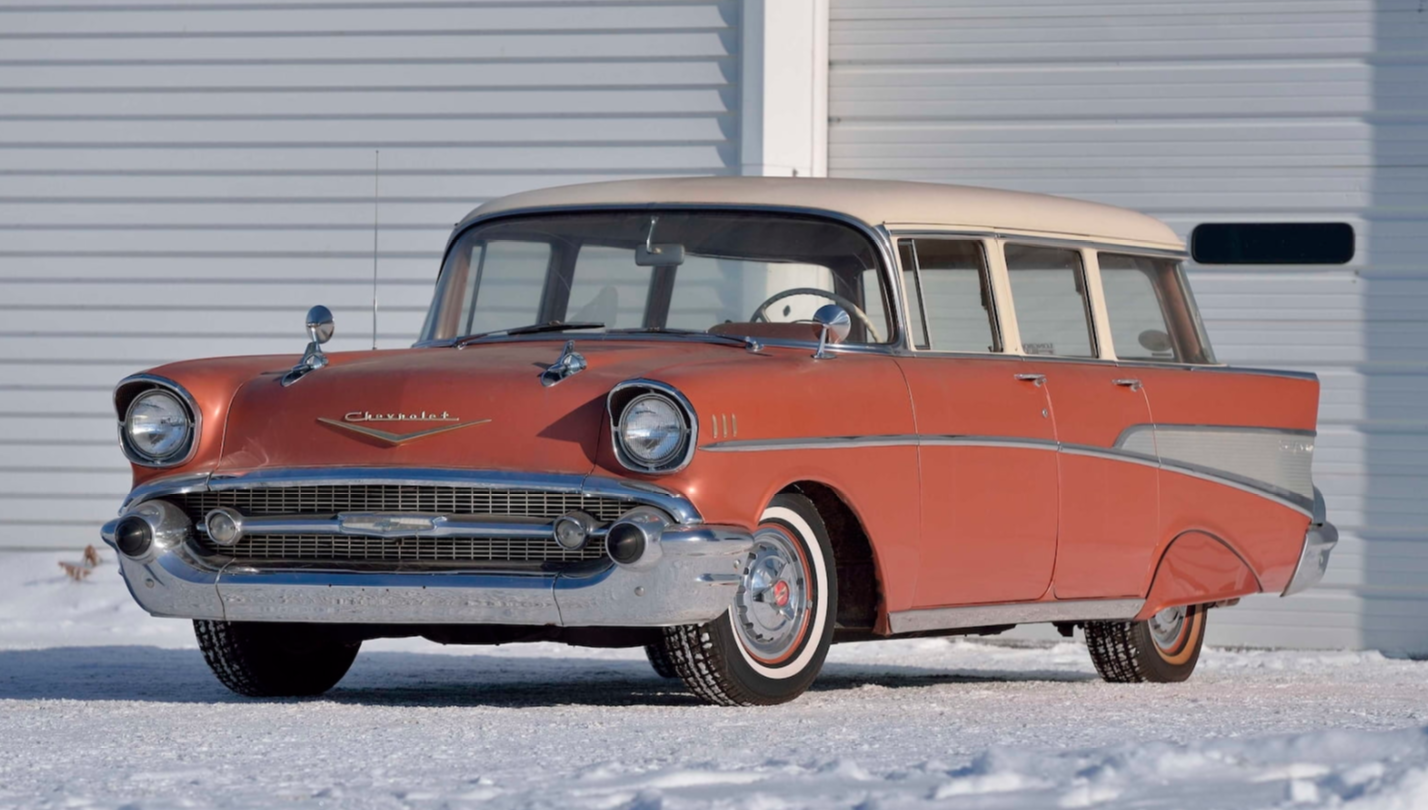 Ah, the ’57 Chevy. The Bel Air was the top Chevrolet for 1957 and 1957 was the final year of the second generation of this model. It is the epitome of 1950s American passenger cars and this wagon is a rare bird. The two-door wagon, the Nomad, is an expensive and sought-after car. But the four-door wagon, the Beauville, was much more common in its day, even if they seem rarer today. 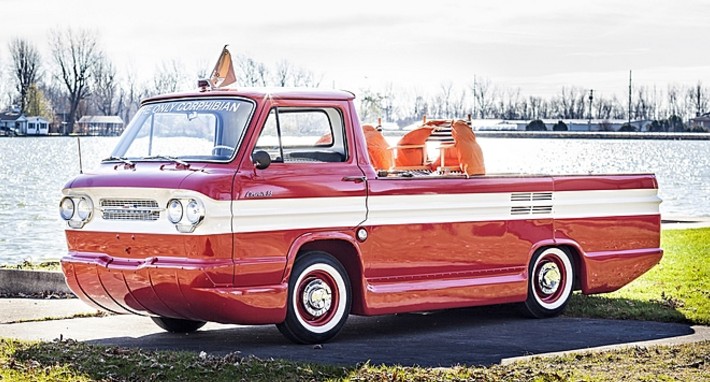 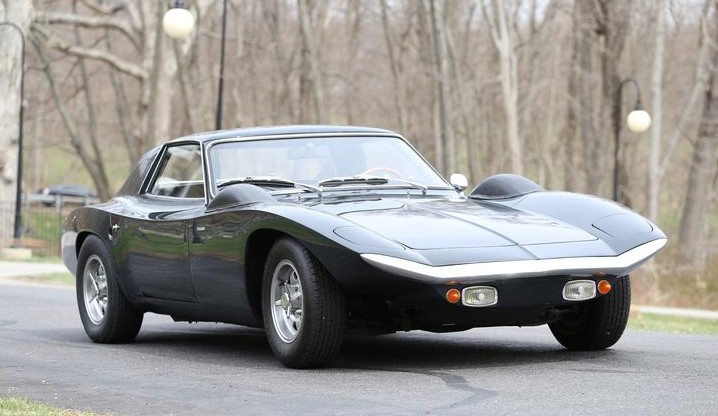