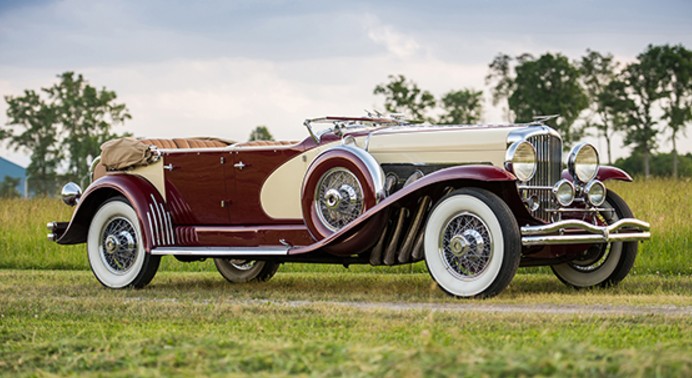 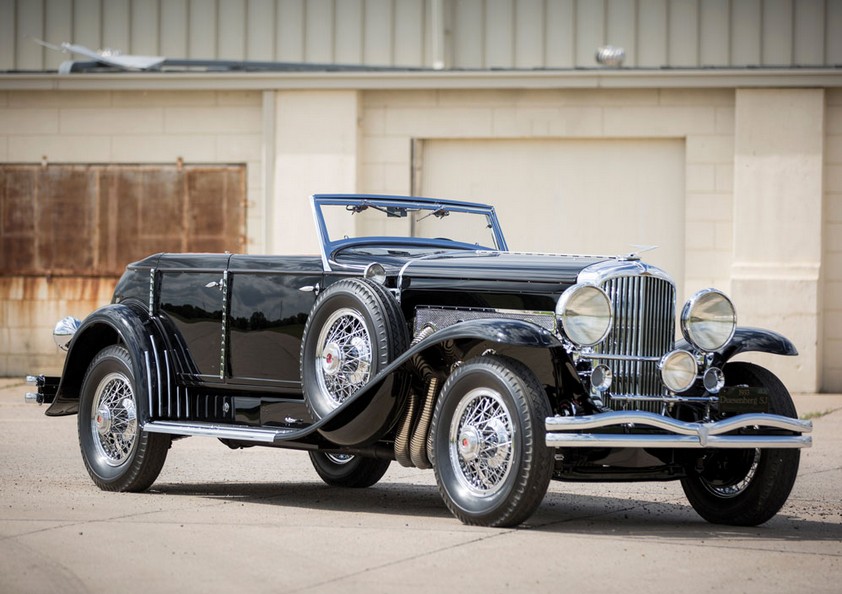 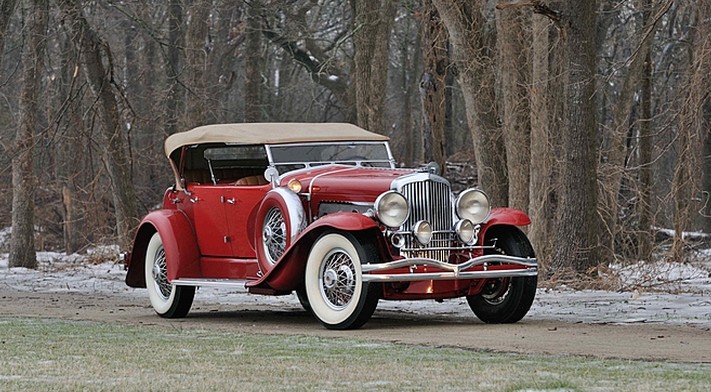 On December 1, 1928, Duesenberg debuted their new Model J at the New York Car Show. The car was an instant hit among those that could afford it. In the next year, the company built 200 examples before the stock market crashed and money dried up. Only a few hundred more were built before sales stopped in 1937.

The standard engine is a 6.9-liter straight-eight making 265 horsepower. This particular car was originally bodied by Rollston in limousine form. A few years after it was new, the body was swapped for a Dietrich Convertible Sedan. That body was lost in a fire.

In the 1970s, the car was restored and the current body – which was scratch-built in the style of the famous LaGrande Dual Cowl Phaeton. A supercharger was also added, upgrading the car to SJ specification (meaning 320 horsepower). It’s not an original SJ, but it is an original Model J chassis and engine. It’s very nice and you can read more here and see more from Mecum here. 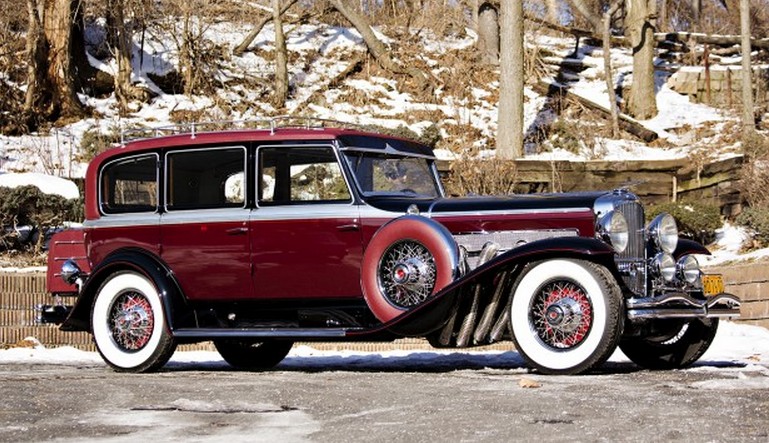 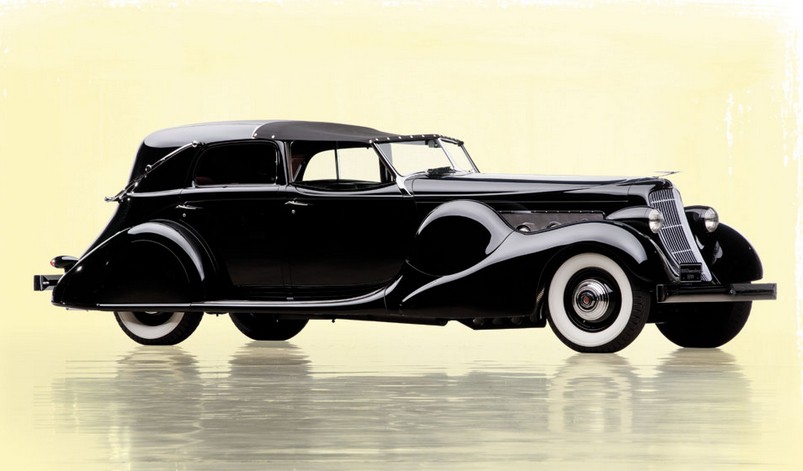 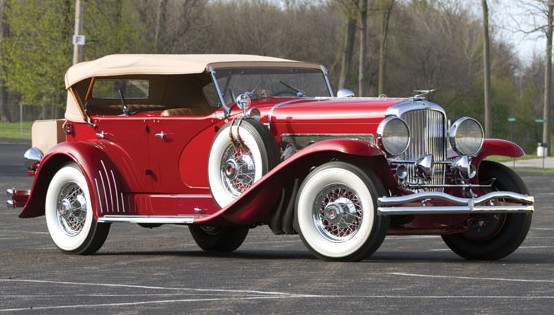 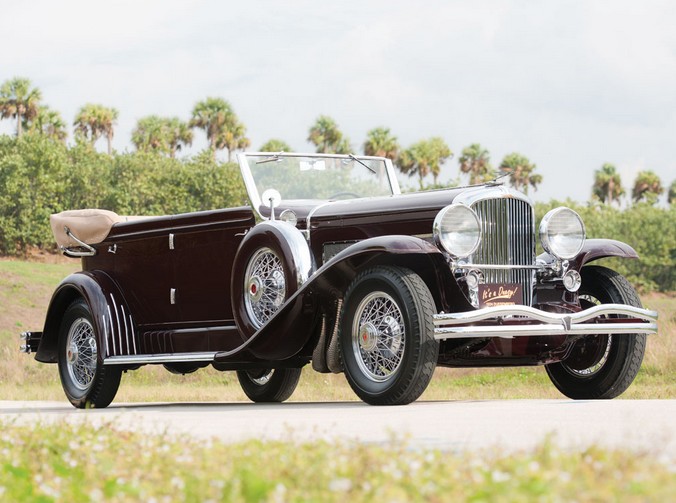 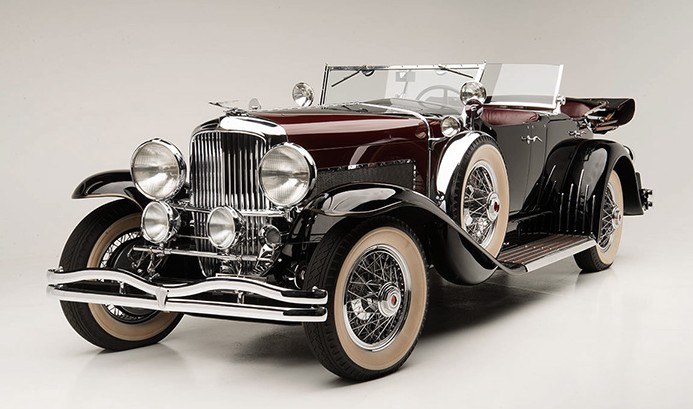 What’s a better way to start off the new year than with a Duesenberg? Well, actually, how about with a factory-supercharged Duesenberg? That’s right, this Duesey has a blower on it – and not one that was added later in life (well sort of).

The story on this car is that it was bought new by one-time Indianapolis 500 participant Martin de Alzaga in 1929. He took the car to Argentina and the supercharger was added around 1935 – when Duesenberg was still in business. Alzaga didn’t use the car much and had the body converted in Buenos Aires to a race car (although the famous LeBaron “sweep panel” was still evident running down the car’s side. There are pictures out there and it’s a pretty wild sight).

In 1965, the car made its way back to the U.S. When it was restored, the original engine was mounted on a different chassis (as the original was shortened when it became a race car). The body was more or less constructed form scratch (perhaps utilizing what was left of the LeBaron coachwork). It’s still a beautiful car carrying one of the best bodystyles that you could’ve ordered.

Does this car count toward the 36 SJ Duesenbergs built by the factory? Barrett-Jackson says so. I’d say so too, but someone might argue with that. In any case, it’s a fantastic, million-dollar automobile. You can read more about it here and check out more from Barrett-Jackson here. 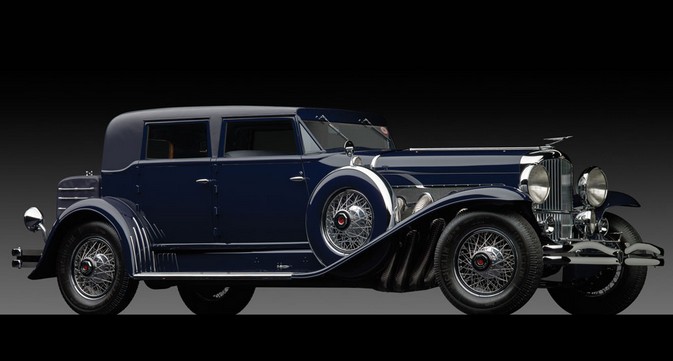