Another great Duesenberg. RM calls this “one of the finest restored examples.” We recently featured another Murphy Convertible Sedan, and this one is finished in classic black. Approximately 45 such cars were bodied by Murphy.

This one was delivered new in New York City, and RM traces the ownership through quite a few owners of the years. Work is also noted, including a mechanical overhaul in 1957 and a 20-year restoration that started in 1985. Power is from a 6.9-liter inline-eight capable of 265 horsepower.

It won its class at Pebble Beach and is offered with a second set of wire wheels mounted with whitewall tires. The catalog does not yet list a pre-sale estimate, but this is quite a good car, so it should bring quite the sum. Click here for more info and here for more from this sale. 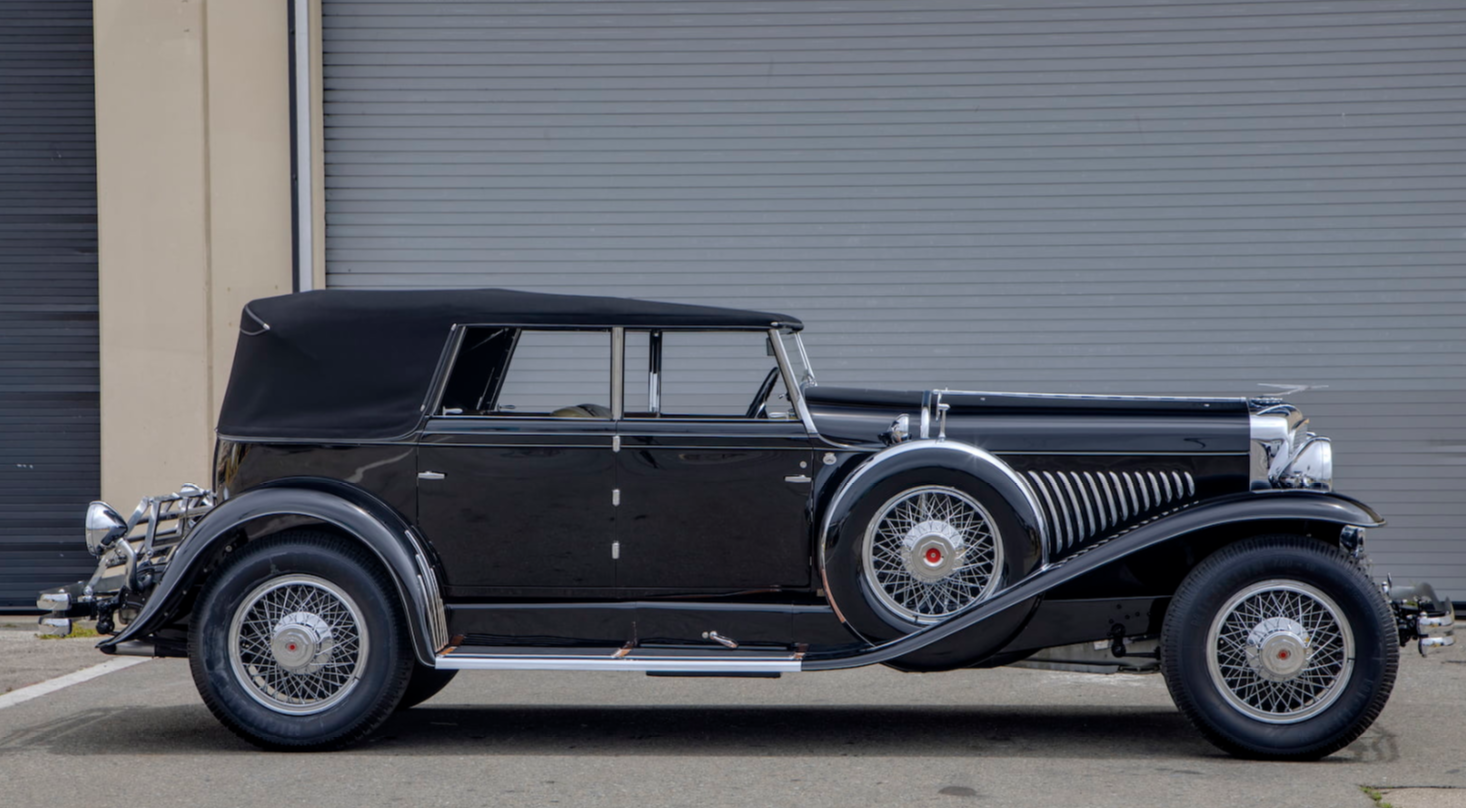 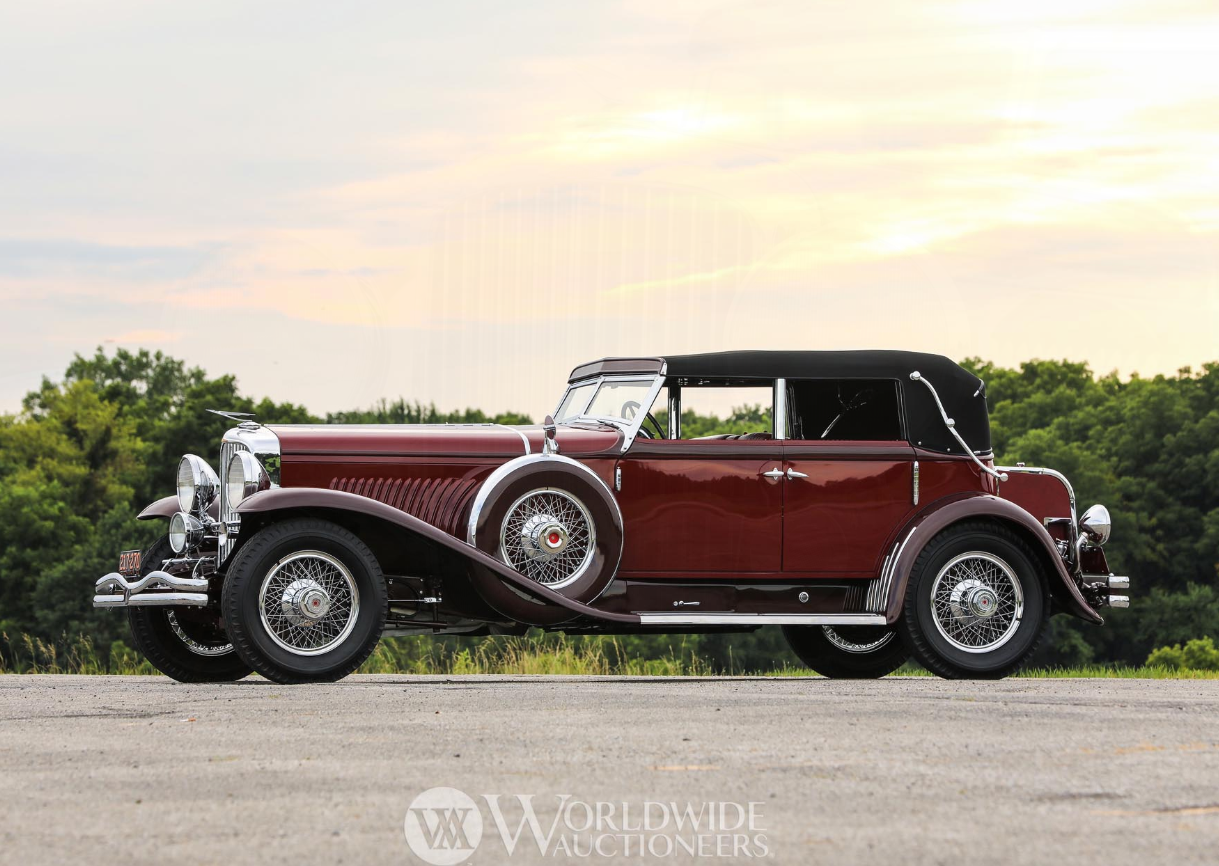 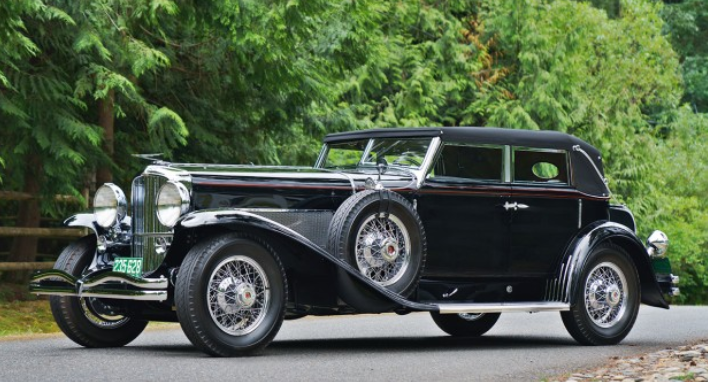 This black Model J is one of five such units produced by the Derham Body Company of Philadelphia. Derham traced their roots back to Joseph Derham’s 1887 carriage factory and later produced bodies for the likes of Stutz, Pierce-Arrow, Cadillac, Duesenberg, and more.

This is a Duesenberg Model J – one of the greatest cars ever built. This particular car is supercharged, and thus is a retroactive “Model SJ.” But the supercharger isn’t original. When supercharged, the 6.9-liter straight-eight makes 320 horsepower. This car began life as a factory demonstrator and was later owned by Jean Harlow’s 1930s husband as well as Buster Keaton’s son, James Talmadge.

At some point early in this car’s life, parts of the engine were exchanged with the factory-supercharged J-208. When the current owner acquired the car in 1977, he set about making it whole again. He located J-208 and swapped the parts back, making both cars better for it. He later sourced a supercharger, taking J-488 back to how it would’ve been set up in the late-1930s. I randomly came across this Duesenberg for sale at a collector car dealership in Charlotte, North Carolina. It’s a Model JN – so it’s certainly pretty as it had mid-life cycle styling refinements. All Model JNs had Rollston bodywork and only 10 were built before Duesenberg shut down. This is one of three JN Rollston Convertible Sedans built.

This car looks like a two-door convertible coupe, but it does have to rear doors tucked behind the mains. It rides on a short wheelbase chassis, when it seemed most later Model Js were long wheelbase cars. Ownership history is known from new. It was originally black but when it was restored a few years ago it was given this attractive maroon-ish color.

Bought new in Texas, this car has seen numerous owners – including some time spent in the Blackhawk Collection. And it’s matching numbers – chassis, body and engine – engine no. 570 – that big straight-eight engine making 265 horsepower. The price isn’t listed, but it says it had a $1 million restoration and I’m guessing they want to recoup that investment. Click here to read more.