Rambler is one of the most confusing American automotive marques. The first Ramblers were produced in 1900. They would become a product of the Jeffrey company in 1914, and Jeffrey became Nash during WWI.

Nash would later produce Rambler-branded cars, up until 1958, when Rambler became its own marque again (before once more becoming a model under the AMC brand). The 1956 Rambler was completely redesigned, and some seem to think it was its own marque beginning in 1956. The ’56 and ’57 Ramblers were pretty cool looking, especially in wagon form as shown here.

Power is from a 3.2-liter inline-six that was factory rated at 130 horsepower. Production totals are hard to come by for the $2,326-when-new Cross Country wagon, as the totals are combined with the mid-level Rambler Super Station Wagon. Between the two models, 21,554 were built. Turquoise is one of the best 50s colors, making this wagon a winner. Click here for more info and here for more from this sale.

This was the high point of American Motors styling. The Marlin was introduced as a Rambler product in 1965, and for 1966 and 1967 it was sold under the AMC badge. 1965 and 1966 models were based on the Rambler Classic. It moved upmarket in ’67 to the larger Ambassador platform.

The Marlin featured a large greenhouse with a dramatic sloping fastback. Dodge unleashed a similar design in 1966 for the Charger. But Rambler did it first. Standard engine choices were a straight-six or a 287ci V8. This car is equipped with the optional 5.4-liter Ambassador V8, which was good for 250 horsepower.

In all, 10,327 examples of the ’65 Marlin were built. Production would drop off sharply in the following years. You can see more about this car here and more from this sale here. 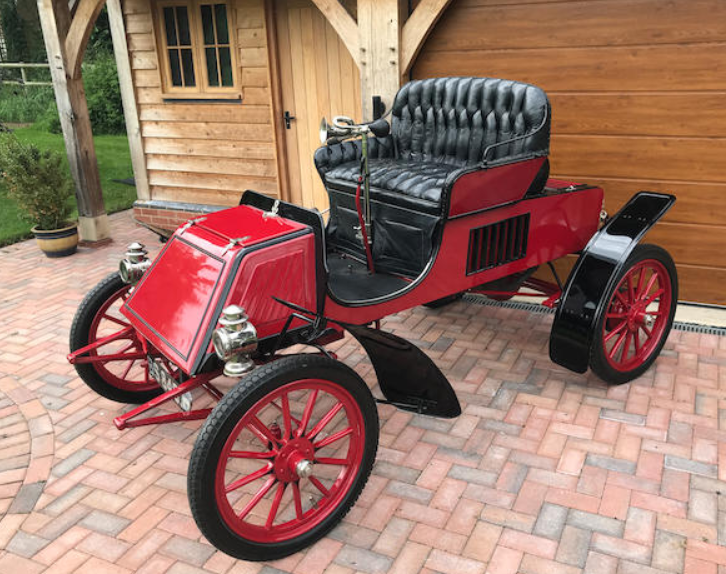