Chalmers-Detroit lost the “-Detroit” suffix beginning in 1911, making this a first-year stand-alone Chalmers automobile. The Model 30 was a carryover from the prior year, but now with updating branding, revised running boards, and a new dashboard.

Power is from a 30-horsepower inline-four. Six body styles were offered, including the $1,500 roadster. Not super cheap, but then again the Chalmers was not an entry-level automobile.

This example was restored as needed over the years, the last 20 or so of which were spent in a private collection. It is now offered at no reserve and without a pre-sale estimate. Click here for more info and here for more from this sale.

One of the conditions was that the name be changed to Chalmers-Detroit (sorry, E.R. Thomas). By 1910, they dropped the “Detroit” and were known simply as Chalmers through 1924. Chalmers had officially merged with Maxwell in 1922 after a being sort of common-law married for the previous few years. Walter Chrysler bought out Maxwell/Chalmers in 1923, and the rest is history.

1911 was actually Chalmers’ best year when they were the 8th largest automaker in the U.S. The 1912 range consisted of four models, including the 30-horsepower, 3.7-liter inline-four-powered Model 11. This large tourer is expected to bring between $18,000-$25,000. Click here for more info and here for more from this sale.

I think Chalmers has one of the most interesting histories of any defunct auto manufacturer. Its roots trace back to the Buffalo Automobile Company, which became Thomas, then Thomas-Detroit, then Chalmers-Detroit, then Chalmers. Chalmers would later merge into Maxwell, which is now Chrysler. A more detailed history can be viewed here.

The 1914 Chalmers model line consisted of the Model 19 and Model 24. This is an example of the larger model, which is powered by a 60 horsepower inline-six. Six different bodies were offered on this chassis, which was produced as the Model 24 only in 1914. This tourer would’ve cost its first owner $2,175.

This example has been active on the historic circuit since the 1950s, which says a lot about its usability. It is being offered without reserve. Click here for more info and here for more from this sale. 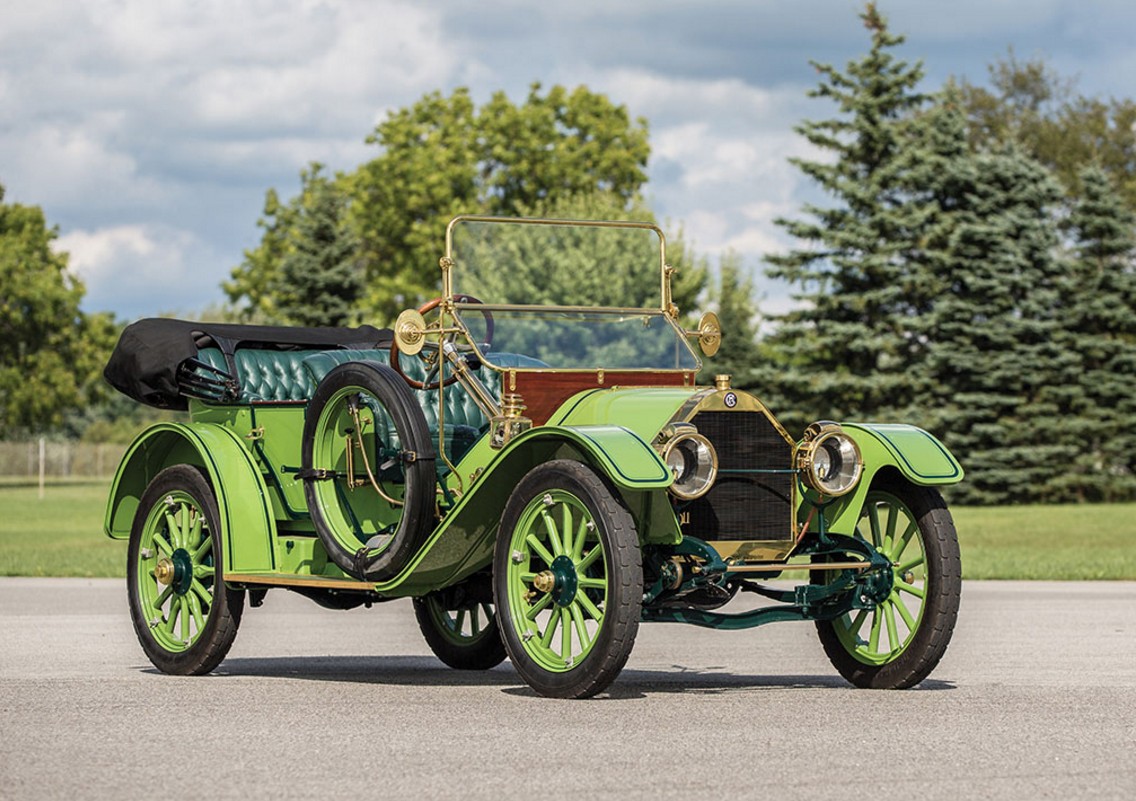 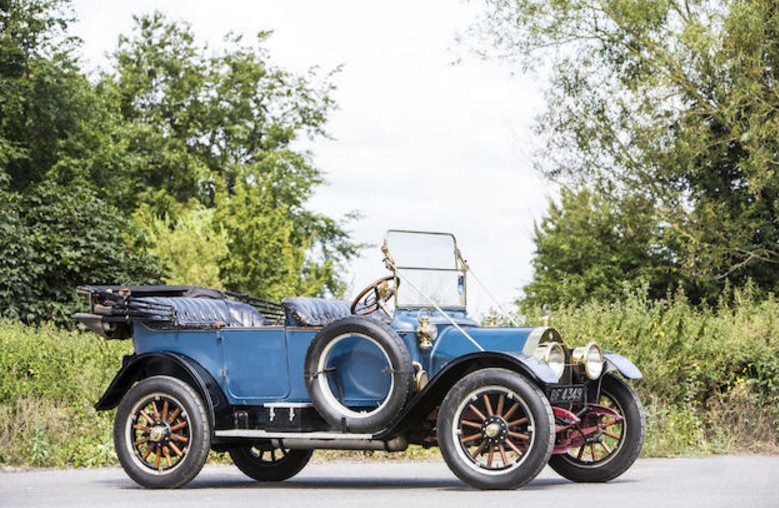 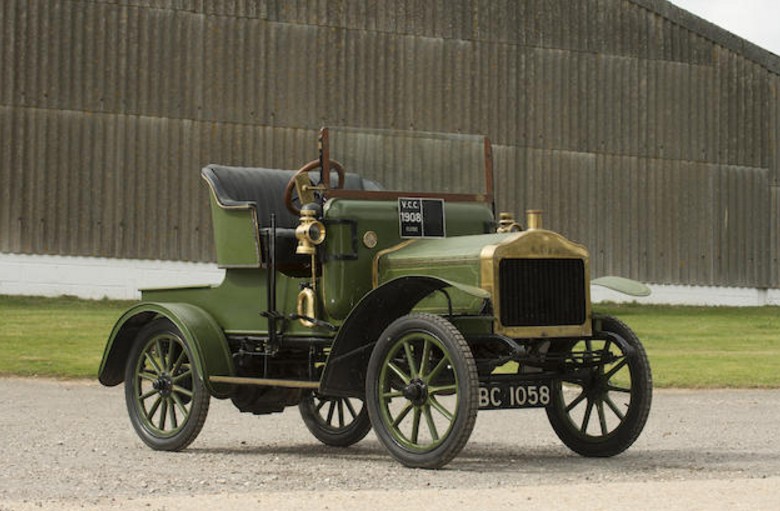 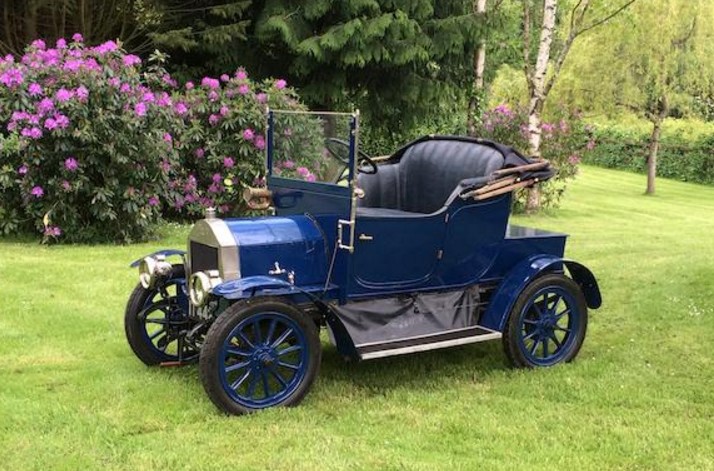 The Briton Motor Company was based in Wolverhampton and was founded as an offshoot of the Star Cycle Company under the direction of Edward Lisle, Jr. The first cars appeared in 1909 and the marque lasted through 1928, although it was dormant for a few years in between.

Among the first models the company produced was the 7HP “Little Briton” – a seven horsepower, twin-cylinder runabout that seats two. It was a light car and it was cheap. Only five of these remain and this is the oldest, having been delivered new to Ireland. Forty years ago it was stashed in a barn and only discovered again in 2015, when it was restored to running condition and refurbished as needed. It should bring between $21,000-$26,000. Click here for more info. 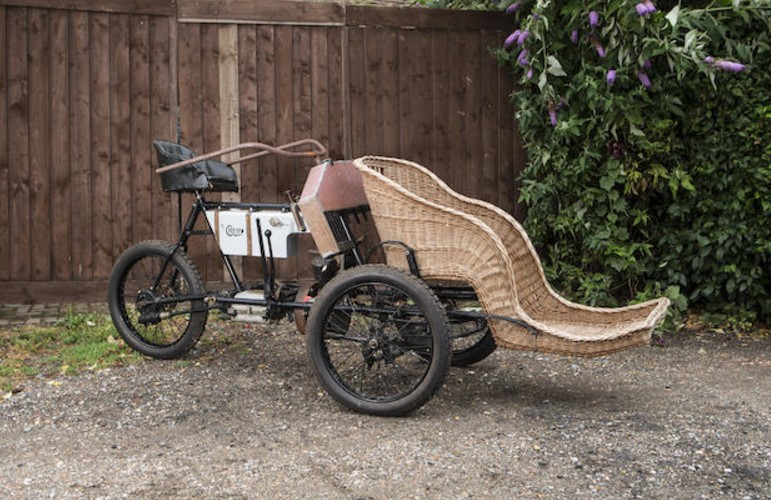 While this car is technically being sold as a restoration project, it is still very interesting. Charles Garrard started importing Clement engines from France in 1902. His idea was to attach them to tricycle frames and build Forecars, a popular, if not dangerous, style of transport in England in the day (nothing like having your passenger be your front bumper!).

They were originally called Clement-Garrards, until 1904 when he dropped the Clement part. Garrard ceased production shortly thereafter, making this 1904 model very rare. This tricar is powered by a four horsepower v-twin and should sell for between $21,000-$31,000. Click here for more info. 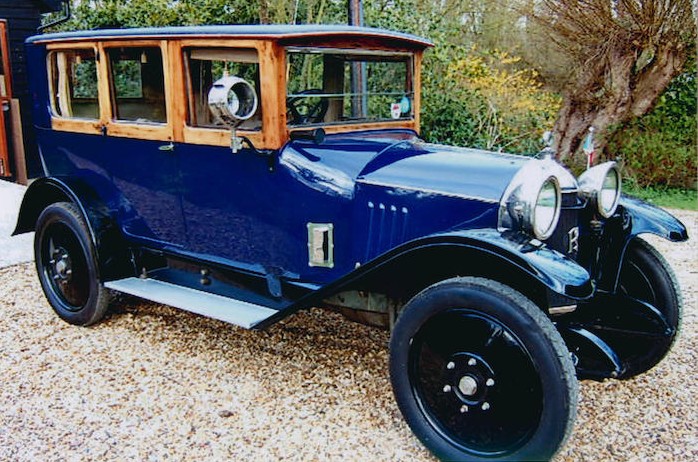 Rochet-Schneider was a French automobile marque – and by the time this car was built in 1914, it was already a very old one. Edouard Rochet and Theophile Schneider joined forces (as did their families’ legacy businesses) in 1894 to produce automobiles. Production would last through 1932.

This car has known history back to 1954 and was restored in the late 1990s (with the exception of the interior). It is powered by a 12 horsepower, 2.6-liter engine, capable of long distances at 40 mph. While French cars of this era aren’t the most powerful or the fastest, this model, with Limousine coachwork by Allignol, is rather imposing. It should bring between $23,000-$28,000. Click here for more info and here for more from this sale.

RM’s sale in St. John’s, Michigan (okay, it was actually held in Plymouth) had a bunch of really old, really cool cars. The top sale was the SJ Duesenberg we featured for $957,000. One of the stars of the show was this 1928 Cadillac Series 341-A V8 Town Sedan that was once owned by Al Capone. It is bulletproof – literally, which is way cool. It sold for $341,000.

Other interesting sales included this 1907 Locomobile Model E Roadster for $74,250.

One car I really liked was this 1924 Moon Series A Five-Passenger Touring. There’s something about solid, painted wheel rims on 1920s-era cars that I’m really drawn too. I think it’s because it looks more period-correct than any other type of wheel – wooden spokes included. This one sold for $26,400.

A few months ago we featured a 1907 Dolson Model F, which was for sale at a dealership in St. Louis for $110,000. Well, it sold at this auction for $74,250. Sometimes it pays to wait. Another car we featured, specifically for this auction, was a 1914 Detroit Electric Model 46 Cape Top Roadster. It sold for $99,000. There were a number of other “alternatively powered” vehicles at this sale. Another Detroit Electric was this 1918 Model 75 Brougham that brought $44,000.

A different type of propulsion popular in the early days of motoring was steam, and it was represented at this sale as well, by this 1911 Stanley Model 63 Toy Tonneau which sold for $165,000.

And finally, the “Rolls-Royce of fire engines,” Ahrens-Fox. They are very rare and there were two of these at this sale, the top selling one went for $198,000. It was this 1925 N-S-4 Triple Combination Pumper.