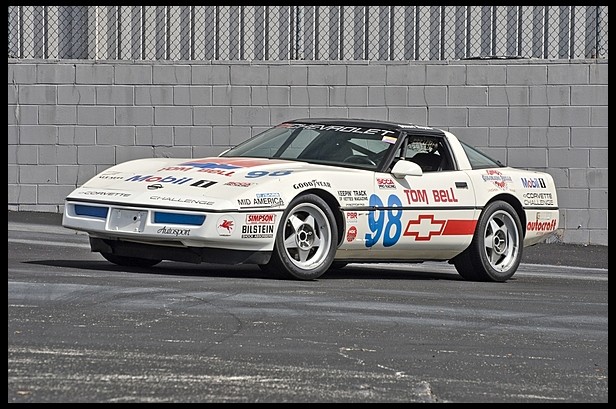 Ferrari’s new FF two-door shooting brake seemed to rile some purists when first revealed – for why would their beloved car company build a wagon? Well, the same thing happened when Porsche built, first the Cayenne and then the Panamera. Lamborghini has taken the wraps off it’s new SUV concept – as have Bentley and Maserati. But for Ferrari to think beyond two doors, I fear, would be too much for most purists to handle.

Enter Pininfarina, possibly the most famed of all Italian design houses – and the one most closely associated with Ferrari. In 1980, Pininfarina celebrated 50 years of coachbuilding and they did it by building this four-door Ferrari – and Bonhams claims it is the only Ferrari sedan in existence (the Sultan of Brunei has a few Ferrari four-door wagons, but no sedan that anyone is aware of).

The car was introduced at the 1980 Turin Motor Show with a 5.0-liter V12 out of a Berlinetta Boxer. Only in this case, the engine was in the front instead of the rear. The car appeared at a few more auto shows in 1980 and 1981 and then Ferrari removed the mechanicals and the display car was eventually sold to the Belgian Ferrari importer, who showed the car in 2005 for the 75th anniversary of Pininfarina.

The car was sold in 2008 and the new owner commissioned Ferrari to re-install the drivetrain so the car could be driven. Another 360 horsepower 5.0-liter V12 was installed and the car was finally driven in 2010.

If you’ve always dreamed of owning a Ferrari sedan, this is bound to be your only chance. The current owner paid €176,000 for it at an RM Auction in 2008 and then paid God-knows-how-much to get it running. The pre-sale estimate this time around is $660,000-$790,000. For the complete catalog description, click here and for more on Bonhams in Monaco, click here.

Update: did not sell.

In the late 1980s and early 1990s, Lancia was achieving success on the Rally circuit with their series of Delta Integrale rally cars. They also had to produce homologation models for street use in order to compete. Some of these are highly sought after. They were boxy and fast but not necessarily the epitome of Italian automotive style and grace.

Enter Zagato, the famed Italian design house that penned the design you see here – a small two-dour coupe version of the five-door Integrale hatchback. They proposed a limited edition run of these coups, to which Lancia said: “Uh, no thanks.” Their loss, as Zagato went ahead and built them anyway by purchasing Integrales, stripping them down, and fitting them with the body you see here. The cars were lighter and had more power and the same rally-bred all-wheel drive system.

The original Zagato plan pitched to Lancia called for 500 units to be built. But, doing it themselves, the costs soared and only 24 were built and sold for about $75,000 each. They had a 250 horsepower (although the one for sale here has been upped to about 300) 2.0-liter turbocharged straight-four.

These are very rare cars and the price shows it, estimated between $130,000-$185,000. For the complete catalog description, click here. For more on RM in Monaco (including a tremendous collection of Ducati motorcycles) click here.

Advanced Automotive Technologies (AAT) designed this aftermarket Corvette and have built 178 of them (thus far) to commemorate the 50th anniversary of the Corvette. They’ve incorporated styling from the 1953 car as well as the C5. It really isn’t a bad looking car, I don’t think, and they’ve been popping up at auctions more and more.

The AAT Commemorative Edition could be applied to any C5 Corvette convertible or even a hardtop (but not the hatchback). The car here started life as a 2003 Z06 Corvette, which is a pretty stout car to hack up. However, by doing so, two owners (only two Z06s were converted by AAT) have a Corvette with original looks and serious performance. Plus, GM never built a Z06 convertible, so they’ve got that going for them.

This car has less than 4,000 miles. In an auction recap a few months back, I mentioned how this model is becoming more and more collectible. And they kind of are, bringing more than twice what you would get for a standard Corvette of similar vintage. At least five of these AAT Commemorative Editions have sold at auction in recent years. The average price is $65,670, with the high end of that being $88,000. We’ll see what this one brings, but time will really be the judge as to whether these cars can maintain their value. It will be something to watch as coachbuilt cars are not all that common nowadays.

To read the complete catalog description, click here. For the rest of Barrett-Jackson in Palm Beach, click here.