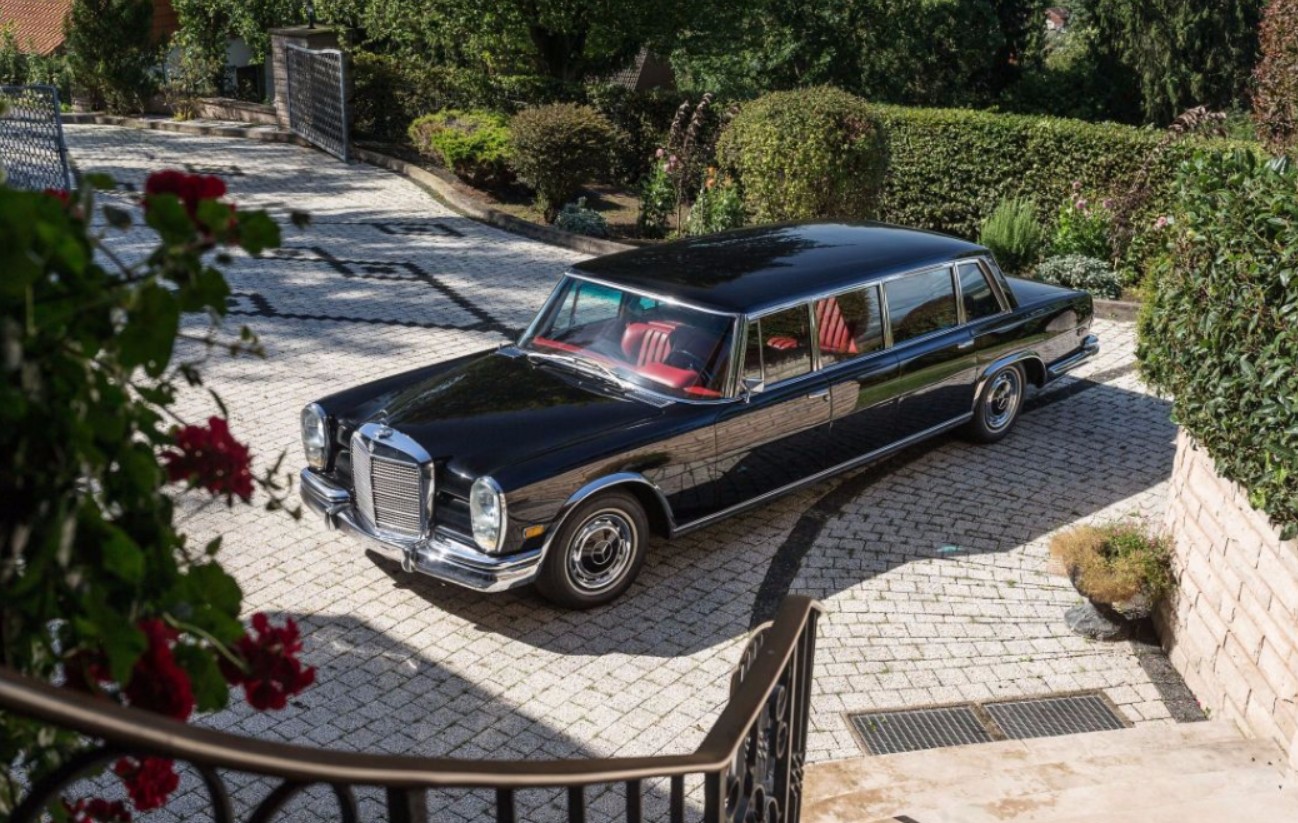 The Fiat 600 (or Seicento) is, as you might expect, the slightly larger big brother of the iconic Fiat 500. The 600 was actually introduced prior – two years prior – to the 500, making the Seicento the first rear-engined Fiat.

The “600” refers to the 636cc overhead valve straight-four that was put in the car from the start of production (larger engines would be available later on). It could do 68 mph and made about 28 horsepower. It was a city car – a car for the people – and sold over a million copies in the first six years of production alone. But what if you wanted something a little more stylish?

Enter Carrozzeria Viotti, the Turin-based coachbuilder founded in 1921. They were the first Italian coachbuilder to use an actual production line and while they built bodies for prewar classics like the Alfa Romeo 1500 and Lancia Dilambda, they’re post-war work centered on small cars like this or the Fiat 1100 Giardinetta. (Yeah, they built fancier stuff too). They turned a people’s car into an attractive little coupe here and ran off a few hundred of them, with only a handful in existence today.

Let’s face it: Gutbrod might not be the sexiest name ever slapped on a car. Superiors were manufactured from 1950 through 1954 and they featured a rollback convertible roof (those b-pillars don’t go anywhere). The cloth roof just kind of unfurls backward and voila! a convertible. The engine was a front-mounted 593cc twin making 20 horsepower. They were known as good handlers but they were also loud. There was a “700” model as well, with an extra 6 horsepower and 70 more cubic centimeters in displacement. Of both models, 7,726 were made. This one will go for between $15,000-$25,000 and you can read more here.

Vespa is the world famous scooter manufacturer that produces the classic design that has been popular among so many different groups of people since it went on sale in the late 1940s. They have been featured in many films over the years, but perhaps most famously in Roman Holiday with Gregory Peck and Audrey Hepburn. Sales took off after that and when I think “Vespa” I think someone roaring around the streets on a scooter outside the Colosseum in Rome.

Vespa is owned (and has been since its inception) by Piaggio, the Italian motorcycle conglomerate. In the late 1950s, Piaggio designed a small car and licensed the design to ACMA in France, who built the car as the Vespa 400. ACMA was independent of Piaggio, yet they were still badged as Vespas, which was a Piaggio trademark. While Vespa scooters are Italian, this Vespa car is French. Weird. In any case, ACMA put the car into production in 1957 but they closed up in 1962, a year after Vespa 400 production wrapped.

About 34,000 of these cars were built and this is as nice of one as you’re likely to find. It’s tiny but two people can fit inside. It has a folding fabric top and is powered by a 393cc straight-twin making 20 horsepower. It’s a two-stroke engine mounted in the rear, driving the rear wheels. See that weird looking thing on the front where the grille would normally be? That’s a sliding tray containing the battery.