Well here’s a car I never thought I’d get to feature. Bruce Mohs had his hand in a lot of various ventures, including his namesake seaplane company (though it is unclear if he ever made a seaplane). In 1967, he introduced a wild thing of a car called the Ostentatienne Opera Sedan. It was based on an International truck and was crazy expensive. Only a prototype was built (and it survives).

In 1972, he introduced the Safarikar. It was also based on an International, using a Travelall frame, aluminum panels, and an exterior covered in padded Naugahyde. The radiator surround is cartoonish, and the car features a retractable multi-piece hardtop. The doors just slide straight out (so the people in the car could hunt while moving, thus the safari part of the name). Seating is from three abreast buckets up front and a rear bench that folds into a bed. Power is from a 6.4-liter V8.

Three of these were built, and two are known to survive. The story of this car is that it was found in a parking lot in Georgia. It was later restored over a period of four years. It’s now for sale in St. Louis. The price? Well, it’s less than $350,000 if you were worried about being able to afford it. Click here for more info.

When you bought a Model J Duesenberg, what you were buying from the company was a chassis, engine, firewall, and front grille. The rest of the car, more or less, would come from a coachbuilder of your choosing.

But someone had designed that front grille – so what if that guy designed the entire package? Well that someone was Gordon Buehrig, and he designed the Victoria Coupe for Judkins, who applied the bodywork to two separate short-wheelbase Model J chassis. This is one of them.

It’s powered by a 6.9-liter straight-eight putting out 265 horsepower. This car has known ownership history back to new and was restored in the early 1990s, with a more recent freshening. It’s been in the Hyman Ltd collection for four years and is now for sale for just a smidge under $2 million. Click here for more info. 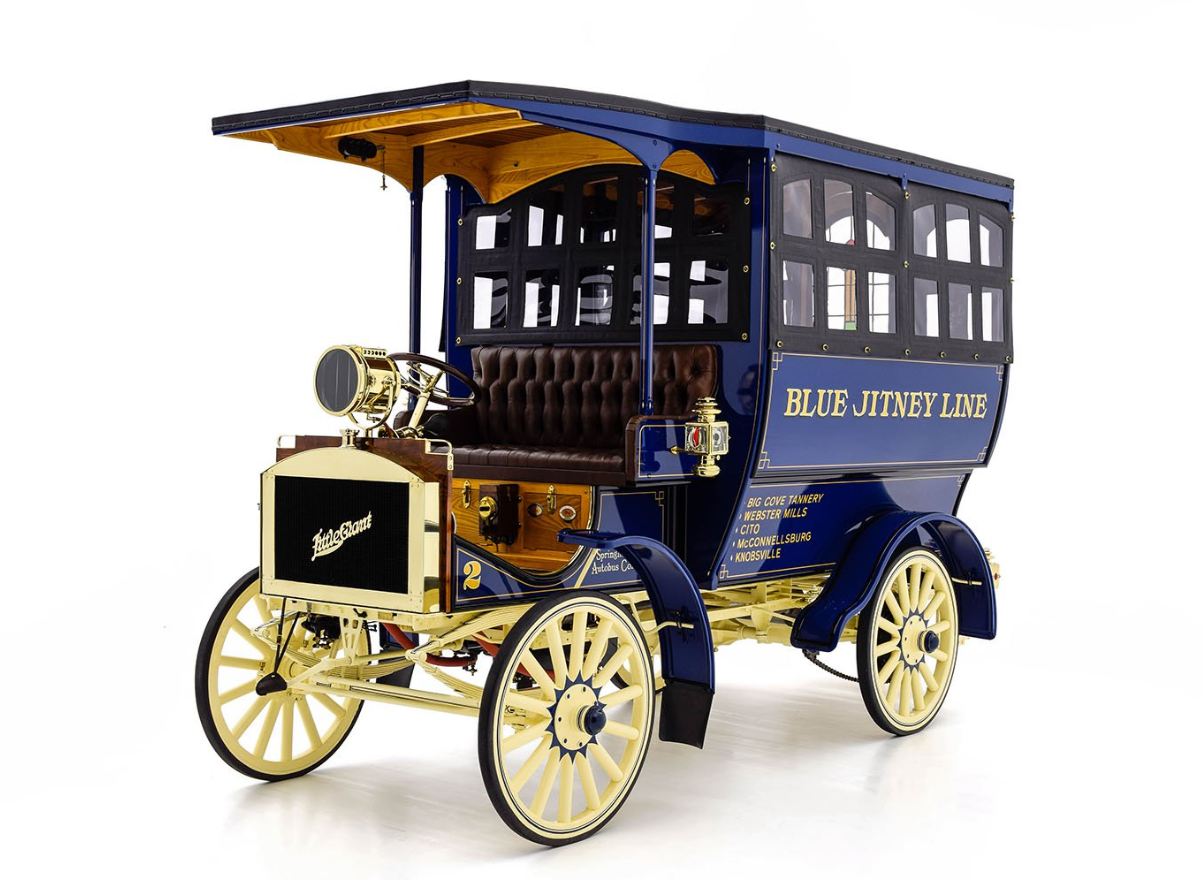 This might be the most exciting classic commercial vehicle to be offered for public sale in years. You will never see another one. Especially not in this condition. Little Giant was the name under which a line of commercial vehicles from the Chicago Pneumatic Tool Company were sold.

They were only actually offered between 1911 and 1917 – a very short time and were sold on a 1-ton chassis powered by a flat-twin engine and 2-speed gearbox. A few “factory” body styles were offered, including this bus (which appears to function more like a paddywagon).

Only 10 examples from this marque are thought to still exist, and as I said, you won’t find another in this condition. This one was found in 2009 and restored to “better than new condition” – which is a serious understatement. Even calling it a Concours restoration seems like you’re slighting the work put in. It really is amazing, and you can go buy it in St. Louis today. The price isn’t cheap, but it’s worth it. Click here for more info. 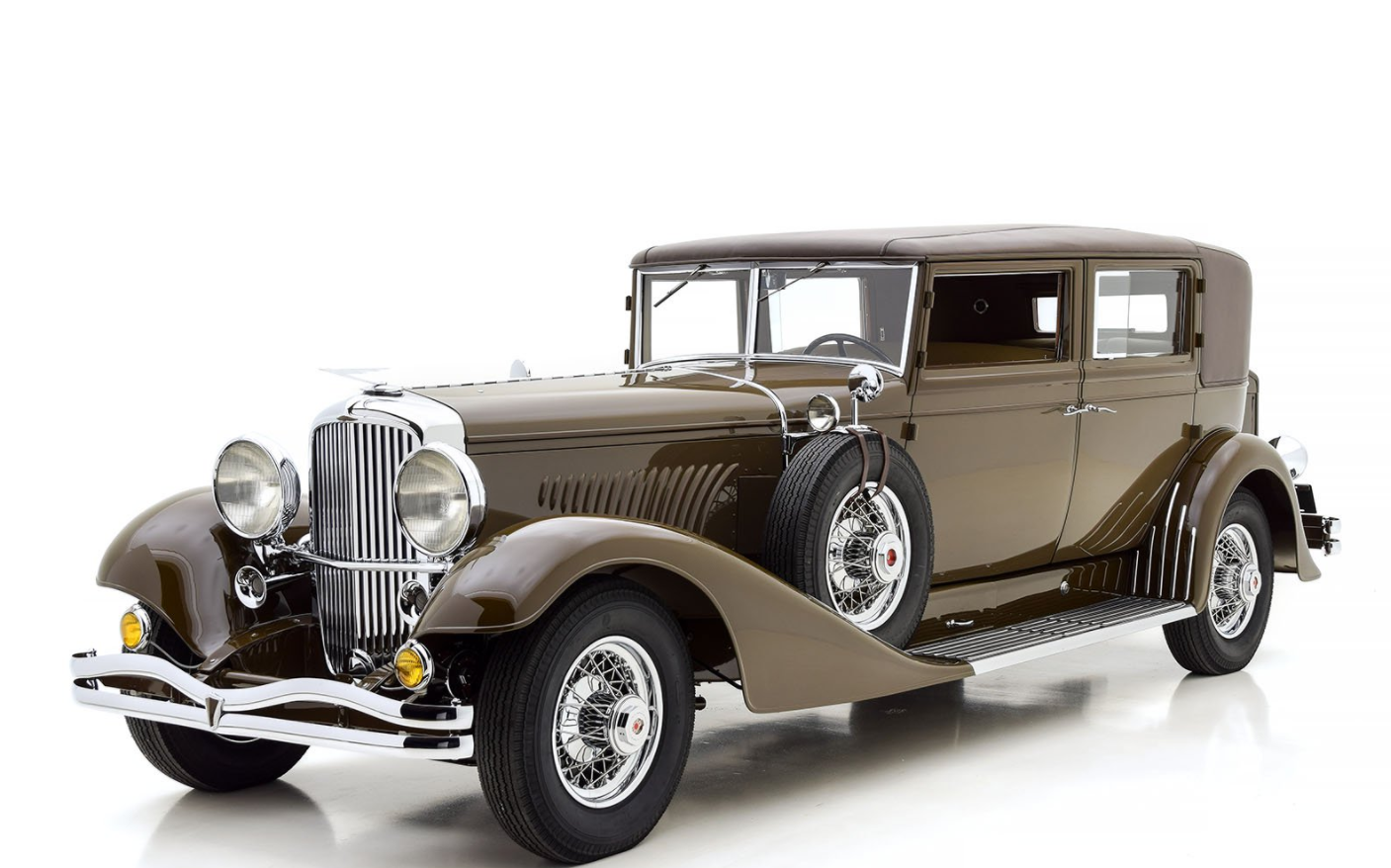 I was recently at the Auburn Cord Duesenberg Museum in Auburn, Indiana, and I was talking to someone who worked there who described the Model J Duesenberg to me as a “clean sheet, ground-up, no expense spared design to rival the best Europe had to offer.” Well the designers really over-delivered and the result was essentially the best car in the world.

Three different wheelbases would ultimately be offered, with this car sporting the optional “long” wheelbase, which is the preferred length for cars with opulent, closed bodywork. After 1932, a bare chassis (which included the 265 horsepower, 6.9-liter straight-eight engine) would run you $9,500. A majority of the Model J engine and chassis were built in 1929 and 1930 but the economy didn’t produce as many buyers as boss man E.L. Cord might’ve liked and Duesenberg continued to sell chassis up through 1937.

This car was purchased in 1935 and sent to Judkins in Massachusetts to be fitted with this “Special” sedan body. It’s been fully restored to as-new condition and has already won awards. It’s now for sale in St. Louis for just over $1 million. Click here for more info. 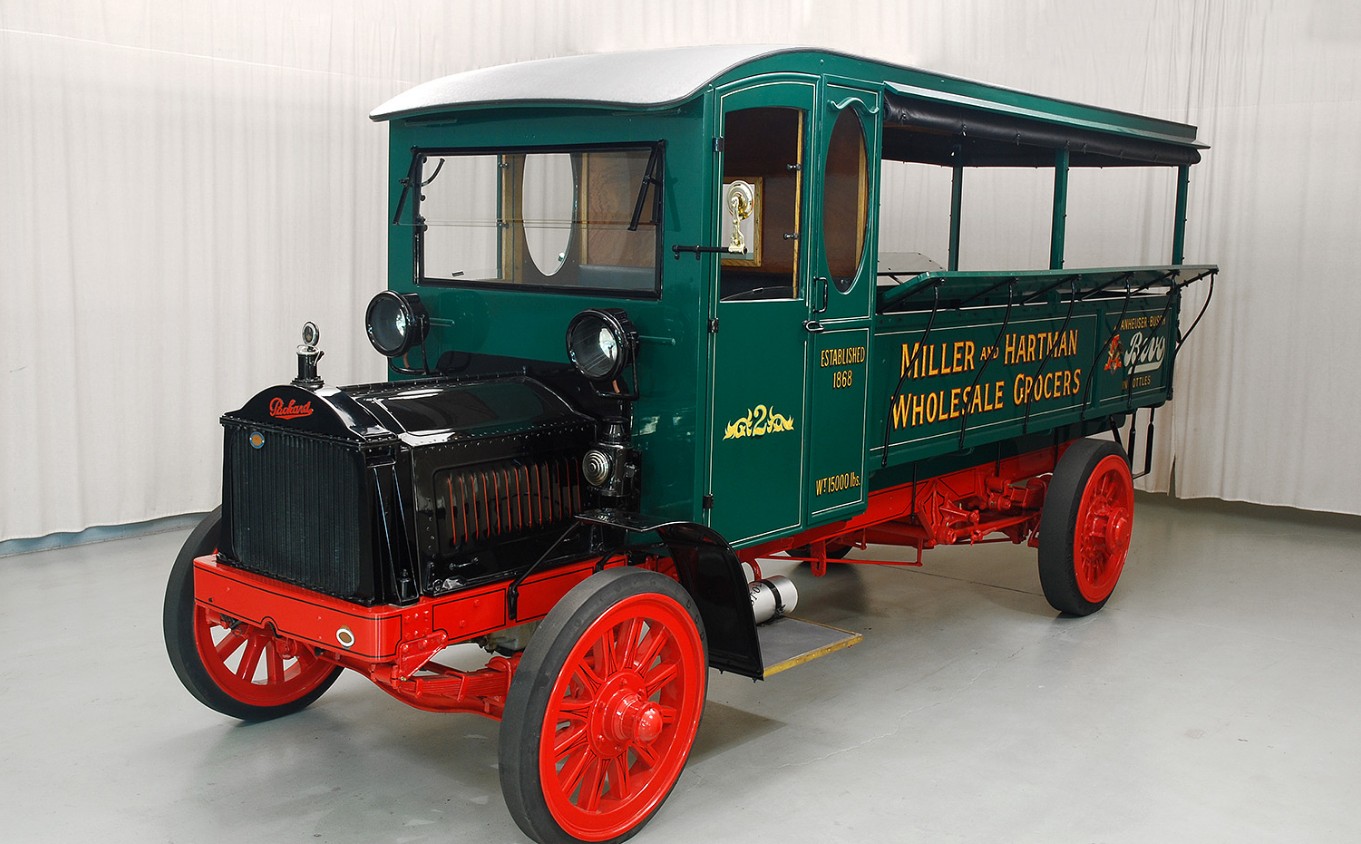 Packard, which stands as one of America’s greatest automobile manufacturers of all time, was also quite the commercial vehicle manufacturer in their day. This behemoth was one of many such trucks built by the company between 1905 and 1923.

It’s powered by a four-cylinder engine and has a 3-ton capacity. The truck is fabulously restored and has been painted with the name of a grocer in Pennsylvania who found the truck and had it restored. The grocer had their own fleet of similar trucks in the 1920s.

Commercial vehicles tend to cease to exist after 30 years or so, so to find one that is almost 100 years old is incredible. It was restored to perfection about 25 years ago but it still looks amazing. If you own a grocery store, this is the vehicle for you. It is for sale in St. Louis for between $70,000 and $80,000. Click here for more info. 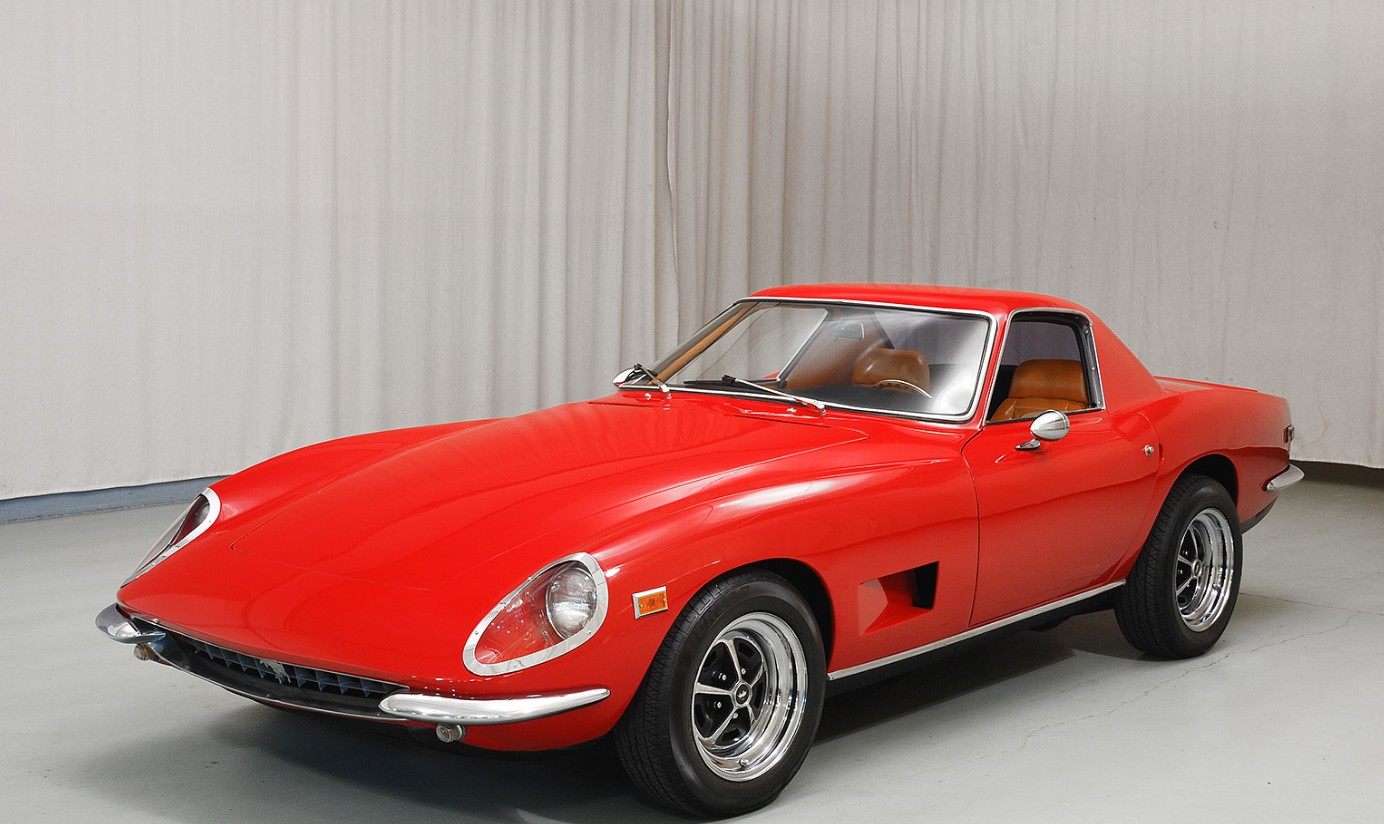 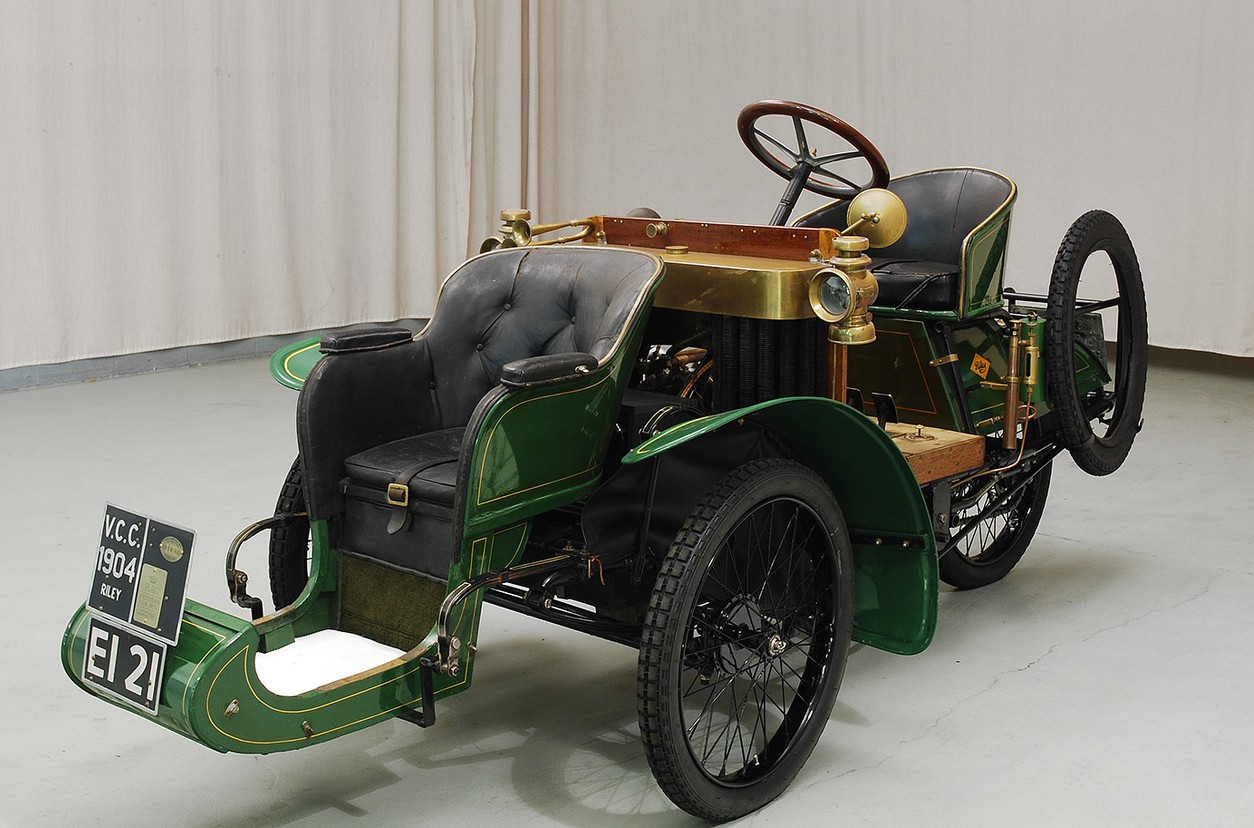 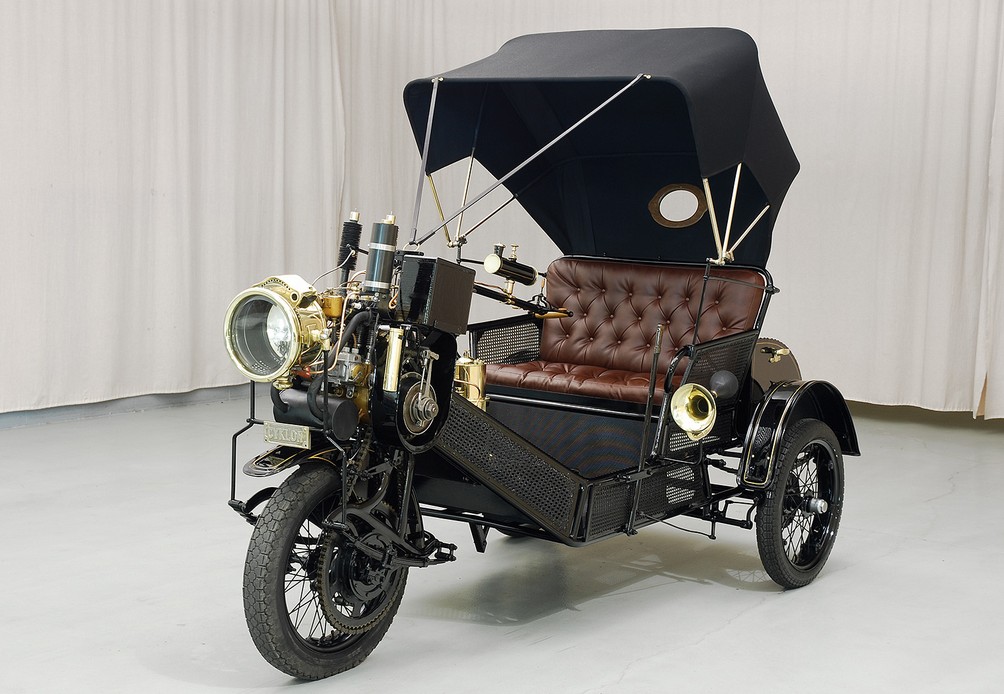 Cyklon Maschinenfabrik GmbH of Berlin introduced their first vehicle in 1902. It was this strange but wonderful little “Cyklonette.” Cyklon would later built more conventional cars before going out of business in 1929, but the Cyklonette is what they are known for.

If you’re thinking “gee, that looks awfully complex there at the front” – you’re right. It’s an unusual bicycle-themed design where the engine is attached above the front wheel – which is the driven wheel. The vertical 1.3-liter two-cylinder engine makes 6 horsepower. Some of these cars actually had four-cylinders! It has tiller steering and a wicker body. It’s like the spiritual ancestor of the tuk-tuk.

If you want more information on the bewildering drivetrain setup, I encourage you to go to Hyman Ltd’s site and read more here. Cyklon built the Cyklonette through 1923 and this early example is said to be largely original, however it has had some cosmetic upkeep over the years. It looks incredible. A fair number of these were built, but you rarely see them. It’s priced between $80,000-$85,000. 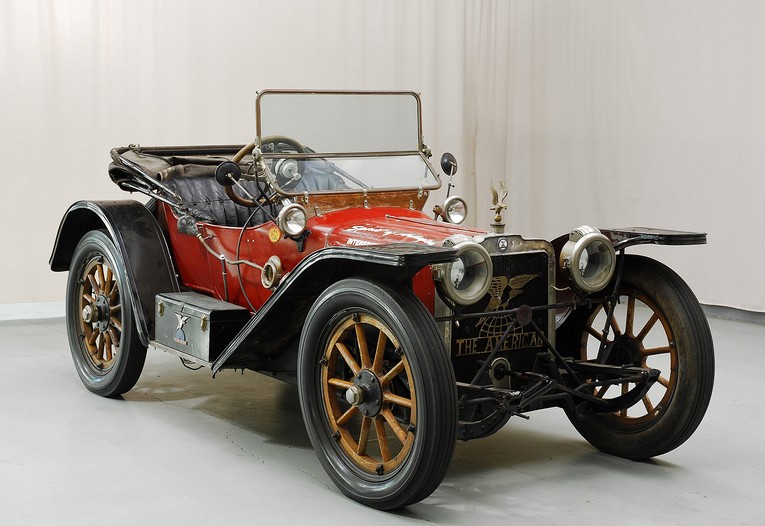 The American Motor Car Company of Indianapolis, Indiana built some of the coolest pre-WWI cars in America. The Underslung model line – which was new for 1909 – featured a, well, low-slung chassis that make the cars look incredible sporty.

The Scout was the two-passenger roadster. Larger cars were also offered. The Model 22 was offered for 1912 and 1913 only and 1914 was the final model year for the American Underslung. It uses a 4.1-liter straight-four making about 25 horsepower.

This car was restored in the 1980s and has been used heavily since. The listing on Hyman Ltd’s website says it better than I can, so read more about it there. In summary, it says that this car has more character than just about anything else you could drive – and they’re right. It’s an amazing old car that can be used and driven. You could have a lot of fun in this car. It is priced right too, for what it is (in the $100,000 range). Check out more cars for sale by them here. 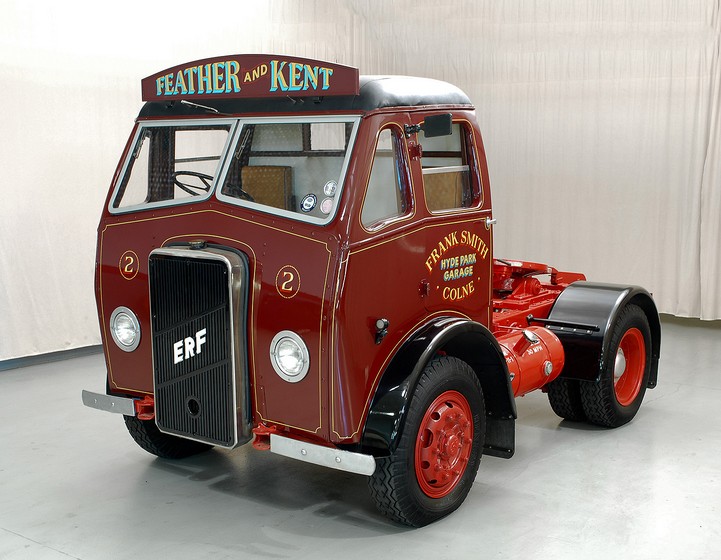