Here’s one you may not be familiar with. Railton was founded by Noel Macklin, who previously founded Invicta. He named his next company after Reid Railton, a British world speed record holder. The kind of weird part was, Macklin used American Hudson powertrains for his British-built cars (initially inline-eights).

The Cobham, of which this appears to be an early example, was the “small” Railton at this time of its introduction, with power from a 2.7-liter Hudson inline-six. An even smaller Railton would debut in 1938 and was based on Standard mechanicals instead of those from Hudson.

Just 81 examples of the Cobham were produced, either as a sedan or drophead coupe. This is one of about six that remain. It was repainted in 1993, receiving mechanical repairs and upgrades as needed over the years. The pre-sale estimate is $24,000-$30,000. Click here for more info.

Update: Not sold. Offered for sale at half it’s lower estimate above.

Jowett was founded in 1906 and made it through WWII. Unfortunately, a post-war boom for new cars in the U.K. saw Jowett’s body builder get bought out by Ford, leaving them without a source for car bodies. So they said “aw the hell with it” and closed up shop.

Despite its looks, the Jupiter was actually their large car, and it was offered between 1947 and 1953. The car is powered by a 1.5-liter flat-four mounted directly behind the grille in front of the radiator. It produced 52 horsepower in this car, which was enough to get it to 80 mph.

The weird engine location meant that this was a roomy six-seater car, and the DeLuxe trim added bigger bumpers, a fog light, leather seats, and a wooden dashboard. This four-owner example is one of 23,307 built and should sell for between $12,000-$15,000. Click here for more info and here for more from this sale.

The 360 was Subaru’s first production car. From this came the WRX, the Outback, and every other Subaru passenger vehicle. It was built from 1958 through 1971, and there were convertible and station wagon variants.

Power is from a 356cc inline-twin, and the model’s “360” name is also derived from the engine’s displacement. Horsepower at the end of production was a healthy 25, and the price when new in the U.S. was $1,297.

Subaru built 392,000 of them, about 10,000 of which were sold new in the U.S. This one was on eBay long ago, and that is perhaps where the current collection acquired it. It will now sell at no reserve. Click here for more info and here for more from this sale.

The Arnolt-Bristol was the result of a collaboration between Stanley Arnolt’s company of Chicago, Illinois, Bristol Cars of England, and Bertone of Italy. Bristol supplied the engine and chassis, Bertone the body, and Arnolt the money, spirit, and marketing.

The cars use the chassis and the 130 horsepower 2.0-liter inline-six from the Bristol 404 (okay, the engine actually could trace its roots back to BMW). Bertone designed the two-door body. Three trims were offered: Bolide, DeLuxe, and Competition. The DeLuxe was similar to the Bolide except it brought side windows, a convertible top, a glovebox, and instrumentation behind the steering wheel.

These cars were serious racers in their day, taking class victories at Sebring and Le Mans. Only 130 examples were produced, and this one was delivered new in Mexico. Restored, it is eligible for historic events such as the Mille Miglia. It should bring between $320,000-$370,000. Click here for more info and here for more from Bonhams. 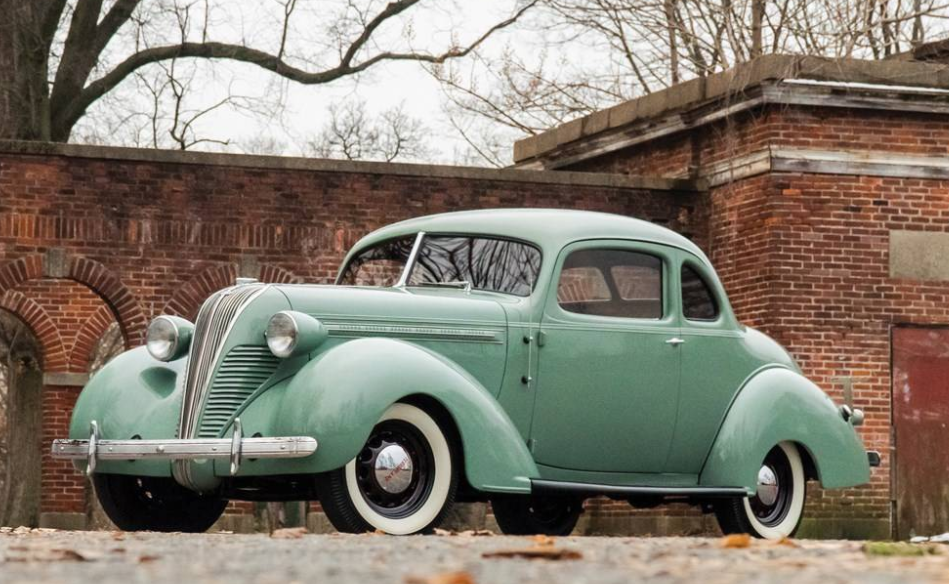 The Avolette Record Deluxe was a French license-built version of the Brütsch Zwerg. Zwerg? Zwerg. Most Avolettes were three-wheelers, but you can see this one has four. It has a single-cylinder engine of 250cc making 14 horsepower. In production for only two years, the Record Deluxe didn’t rack up record sales numbers – only about 30 were produced. This one should sell for between $45,000-$55,000. Click here for more info.

Henry J. Kaiser’s vision of what his post-war automotive empire would look like was, well, optimistic. Kaiser, along with Joseph Frazer, took the remnants of Graham-Paige and bought Ford’s wartime Willow Run production plant to build automobiles under the Kaiser and Frazer nameplates. In 1950, Kaiser decided to try and bolster production of his cars by pulling a play out of the Henry Ford playbook: build a small, inexpensive car for the masses. The Henry J was born (and it was marketed as its own make).

So how did they do it? Kaiser wanted a car that seated five adults and could do 50 mph “for sustained periods of time.” It also had to retail for $1,300 (about $12,500 in 2012). To hit these marks, they had to cut some corners: there was no trunk lid – you had to go through the rear seats, which was probably difficult as the car was only offered with two doors. The base model also lacked armrests, a glove compartment, a sun visor and flow-through ventilation. Fortunately, the car you see here is a Deluxe model.

Which means it has the straight-six (instead of the four-banger). It’s a 2.6-liter making 80 horsepower. Unfortunately, even though it was very cheap, it only cost a few dollars less than a Chevrolet 150 – which had a functioning trunk, armrests, and more interior room. Sales declined steadily through 1954 when the Henry J was axed.

They didn’t build millions of these cars – which was part of the problem originally, as Kaiser needed mass production to make a profit. He didn’t get it and the Kaiser nameplate disappeared from passenger cars in 1955. The company went on to focus on it’s recently acquired Willys and Jeep business, which went on to become part of AMC.

It was a pioneering compact car, but you just don’t see Henry Js everyday. And this one looks to be in exceptional condition. We’ll see what it brings when it sells. For more information and photos, click here. And for more on the Salmon Brothers Collection, click here.