Essex was a brand of automobile founded by Hudson as a small, affordable car aimed at the lower end of the market. The first cars went on sale in 1919 and this example is from that first year of production.

The Series A became the Series 5-A, 6-A, and 7-A in 1920, making it, in name, a one-year only model. Three body styles were available: a four-door sedan, two-door roadster, or this, the five-passenger, four-door touring car. The engine is a 55 horsepower, 2.9-liter straight-four. With it’s low price, middle-of-the-road looks, and big power, there’s an argument to be made that the Essex was the original sleeper. Top speed was about 60 mph.

With a $1,395 as-new price, this touring car was a good start for a company that would produce cars through 1932. The restoration is older but the light yellow and silver paint are a good combo with those white wall tires. It’s been part of this Hudson museum since 2000. Click here for more info and here for more from this sale.

Onto June’s highlights. First up was Bonhams’ sale in Greenwich, Connecticut. The top sale there was a crazy sum for this 1975 Lamborghini Countach LP400 Periscipica. The price? $1,210,000. Yikes! 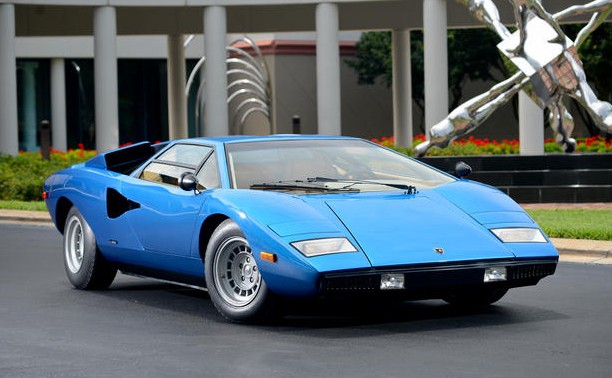