The SLR McLaren was Mercedes-Benz’s halo car produced between 2004 and 2009. It was actually developed in conjunction with McLaren, and various variants were produced after the initial coupe. These included the 722, a high-performance coupe, the Roadster, a drop-top version of the base coupe, and this, the 722 S Roadster, the hot convertible.

It debuted in Frankfurt in 2007, and just 150 were built. Power is provided by a supercharged 5.4-liter V8 that made 641 horsepower in 722 spec. Top speed for the roadster was a remarkable-for-a-convertible 208 mph.

This one-owner car has only covered about 60 miles since new. It’s finished in Sienna Pearl and features lightweight wheels, a revised suspension, and some design tweaks over the base car. The pre-sale estimate is $490,000-$735,000. These cars are still very expensive, which, frankly, I don’t quite understand. But anyway. Click here for more info.

The car was re-styled by Giovanni Michelotti, and it was the last Ferrari he ever worked on. Power is from a fuel-injected 4.8-liter V12 rated at 306 horsepower when new. Top speed was 149 mph. Just 883 automatic-transmission 400is were built. But this is the only one styled like this.

It underwent a quarter-of-a-million Euro restoration by Ferrari Classiche in 2010 and is now offered via RM’s Paris sale out of Dubai. Click here for more info and here for more from this sale.

Panhard’s PL 17 was one of the company’s final passenger cars, and it was introduced in 1959. In 1963, they introduced the Break, or the five-door estate state wagon. Production wrapped in 1965, when the PL 17 was replaced by the two-door-only Panhard 24.

Power is from an 848cc air-cooled flat-twin that developed 50 horsepower, which was routed to the front wheels through a four-speed manual gearbox. The cars were praised for their road holding and fuel economy, but dinged for their gearbox (no first gear synchro) and heavy steering.

The wagon variant is the rarest among PL 17s, with only about 2,500 examples produced. Chances are you’ve never seen one in person. No pre-sale estimate is available, but you can read more about it here and see more from this sale here.

The Islero was a pretty Lamborghini 2+2 that was the successor of the 400GT. It was actually sold alongside the Miura and the Espada (that’s right, they had three models at once in the 60s!). It was only produced for two years. A base trim was offered, as was an up-rated “S” model like the one shown above.

The S shared the same 3.9-liter V12 as the base car, but power was increased a bit, from 325 horsepower to 350. That boosted top speed to 161 mph, and 60 arrived in 6.2 seconds. The last one of these I saw in person was finished in light blue, and it was very striking in person.

Just 100 examples of the Islero S were built, making them just slightly rarer than the base car. This example was first registered in Venice, of all places, and it was restored about 15 years ago. It should sell for between $300,000-$350,000. Click here for more info and here for more from this sale. 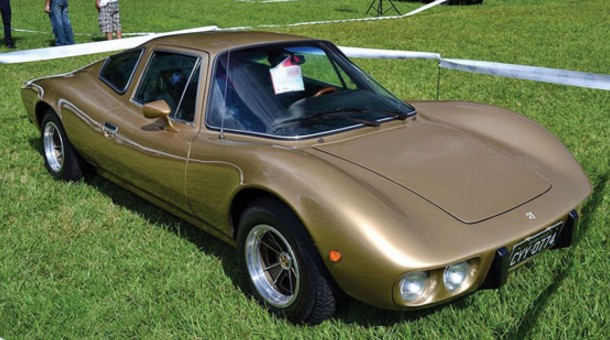