Tempo-Werke (officially Vidal & Sohn Tempo-Werke GmbH) was a Hamburg-based company that got their start in 1924. The company was purchased by Daimler-Benz in 1971, and the marque was phased out after 1977.

The Viking was introduced in 1950 to replace previous three-wheeled light trucks. A pickup and van were offered, with power from a 452cc two-stroke twin making about 20 horsepower. They featured a front-engine, front-wheel-drive layout. Top speed was about 40 mph.

This passenger van variant has three rows of seats and has been restored to a condition probably better than when it was new. This Viking is estimated at $19,000-$27,000. Click here for more info.

VEB Barkas-Werke was an East German manufacturer of vans that existed from 1958 until 1991. And they made essentially one product during that time: the B 1000 (they also produced engines for Trabant). In over 30 years, they somehow managed to only make about 176,000 of these.

But they are kind of iconic in that the front-engine, front-wheel drive van is the vehicle of choice for baddies on the “wrong side” of the Berlin Wall. The engine is a 1.0-liter two-stroke inline-three that made about 41 horsepower.

An unlikely full-restoration candidate, this van has had just such a thing. It carries an estimate of $15,000-$23,000. Good luck finding a better one. Click here for more info.

About 2,000 Transporter models were built by Goggomobil, or Glas, the company that produced the Goggomobil. These were built at the request of the German postal service, and they very much do like look a mail van.

Different levels were offered. We’ve featured a TL-250 Transporter and a TL-400. This is an early model and is a TL-300, meaning it is powered by a 298cc two-stroke inline-twin. Output was rated at 15 horsepower.

Well look at AMC, predicting the minivan yet somehow also treating their futuristic minivan prototype with all of the gaudiness of late-1970s van life culture. This thing is kind of like an inflated Pacer, with some styling cues definitely carried over.

There’s no engine – never was – but it has “Turbo” and “4×4” badging, so they were definitely thinking outside of the box. The body is fiberglass, and those turbine wheels look great with white-letter BFG tires. Oh, and side pipes! On a van!

Too bad it never made it past this prototype roller stage. It’s been part of a concept car collection for the last 35 years. Click here for more info.

“He who is not afraid of death, drives a Lloyd.” That’s the sticker I saw on a Lloyd once, and it stuck with me. Lloyds were built under the Hansa marque early on, and the Lloyd marque really appeared in 1950 and disappeared with the rest of the Borgward group in 1963.

The 600 was a range of Lloyd models produced between 1955 and 1961. A two-door sedan and convertible were offered, along with a panel van and a station wagon Kombi. Power is from a 596cc twin making a little less than 20 horsepower.

This tiny shuttle van has three rows of seats and wears Pan-Am branding on the outside. I’m not sure where the luggage was supposed to go, or if this was even a real thing Pan-Am did. In any event, it will sell at no reserve. Click here for more info and here for more from this collection.

Commer was a commercial vehicle manufacturer that existed between 1905 and 1979. The company was bought by Humber in 1926, which in turn was acquired by the Rootes Group in 1931. Fast forward to 1967, and Commer was now part of Chrysler UK.

They produced heavy trucks, military vehicles, and some light commercial vehicles, including the FC van, which was introduced in 1960. In 1967, the FC was renamed the PB. It would last through 1976 when it became the Dodge SpaceVan, a model that remained on sale in the UK through 1983.

This van started life as a light commercial van. It’s powered by a replacement 1.7-liter inline-four and was converted by a previous owner into a campervan. It should sell for between $7,700-$10,000. Click here for more info and here for more from this sale. 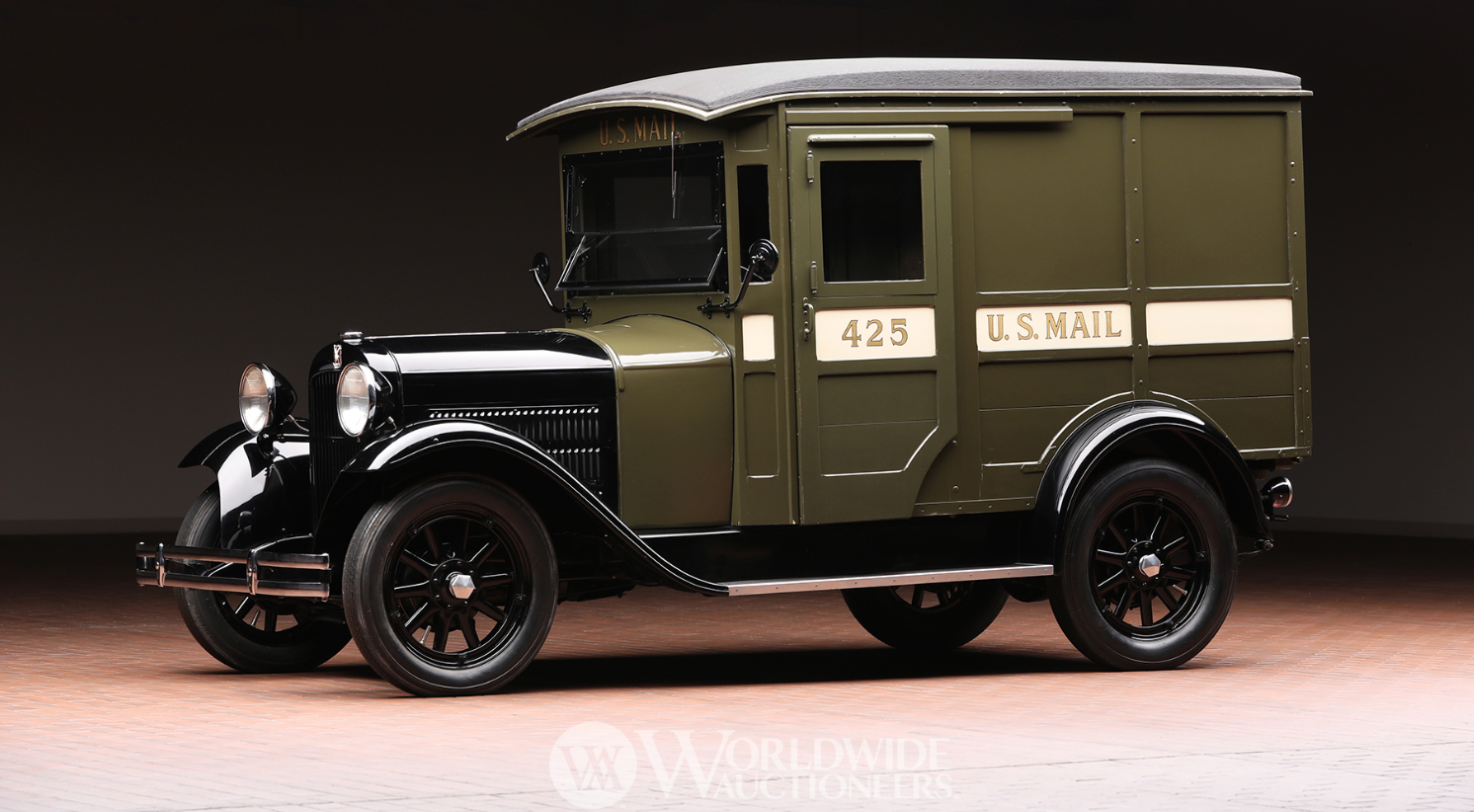