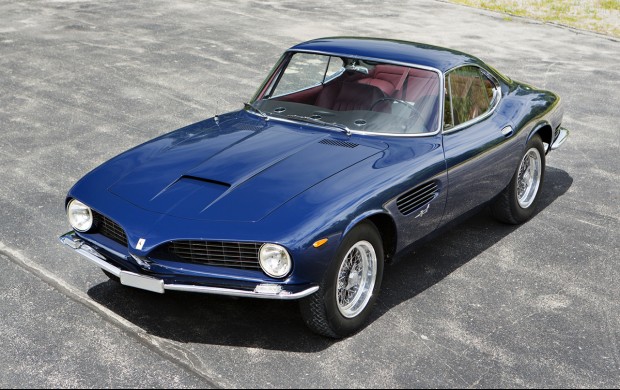 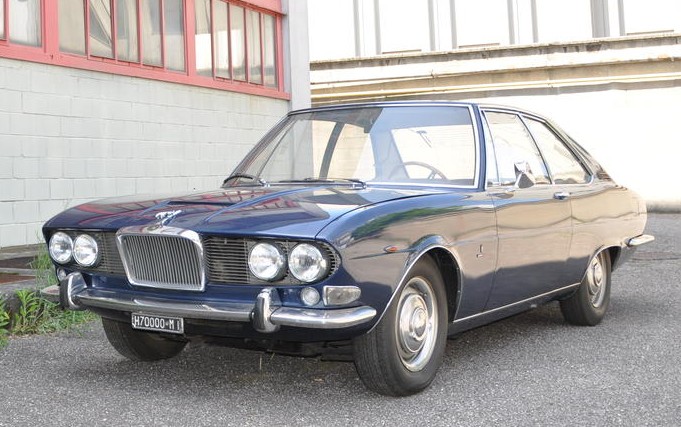 This car was supposed to be a Fiat 1100. But luckily it escaped that fate, being shipped to Bertone, the famous Italian design house and coachbuilder, before Fiat’s standard body could be installed. It was handed over to designer Franco Scaglione who was also working on the series of BAT concept cars for Alfa Romeo. There are some slight similarities, the one-off look being part of it.

The goal was to put these cars into limited production, but only a handful (four) were built. And if having the direct built-by-Bertone connection wasn’t enough, this car was then mechanically modified by Stanguellini, builder of tiny Italian race cars from the end of WWII through the mid-1960s. Horsepower from the 1.1-liter straight-four was bumped to 70.

This particular car was first shown at the 1954 New York Auto Show, where it was bought off the stand by Briggs Cunningham, for his wife – who didn’t like it. The next owner kept the car for 51 years, parting with it in 2006. It then underwent a four-year concours-quality restoration. It was shown at Pebble Beach in 2010, and at the Concorso Italiano in 2011, where it won Best in Show.

Since then, the car has spent time on display at the Petersen Automotive Museum, while also being “for sale” at Fantasy Junction in Emeryville, California. The asking price is/was $295,000 – and it has been there since at least November of 2011. So what will it bring at auction? Well, you’ve seen the asking price, it just depends what reserve the consignor has placed on the car and how realistic they think that $295,000 really is. Then again, it’s been for sale for almost nine months and hasn’t sold at that price, so we’ll see. For more information, click here. And for the rest of the Russo & Steele Monterey lineup, click here.